On May 25, 2017, The Mall at Tuttle Crossing launched a soft opening of the new Children’s Play Area, beginning with an 8 AM sneak peek for local bloggers and their kids! Your kids can play here now, too, but the official Grand Opening is this Friday, June 2, 2017 from 10:00 AM – 1:00 PM! To celebrate, there will be a ribbon cutting, face painting, a balloon artist and an opening statement from the Dublin Chamber of Commerce. 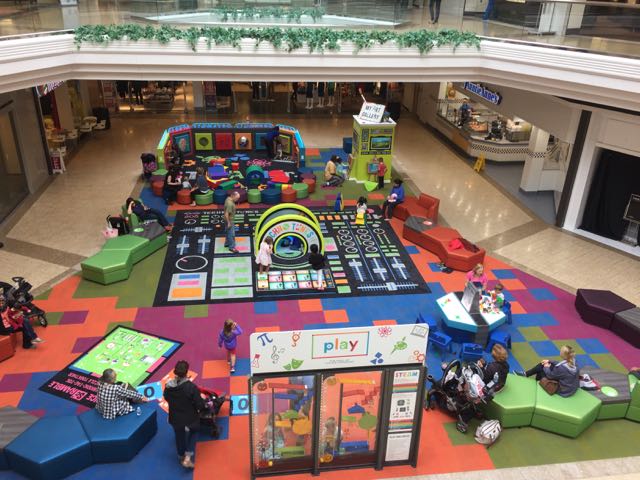 The play area uses the theme STEAM. No, not STEM, STEAM! I’m happy to report they’ve added an “A” for Art, a movement created by the Rhode Island School of Design! Good for them!

There are 5 main activity areas, each representing a letter of the acronym STEAM: Science, Technology, Engineering, Art and Math. 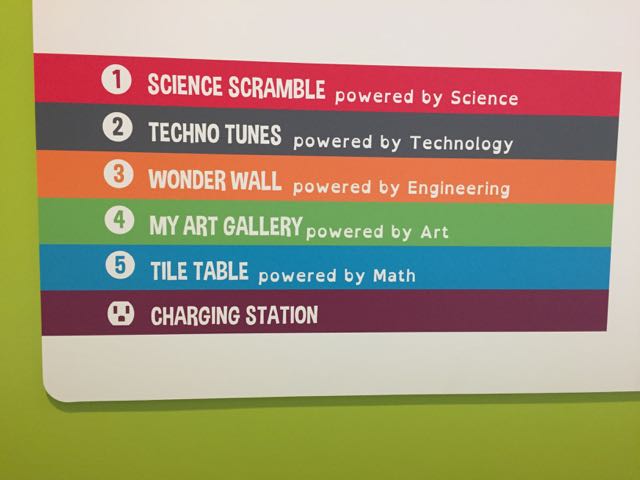 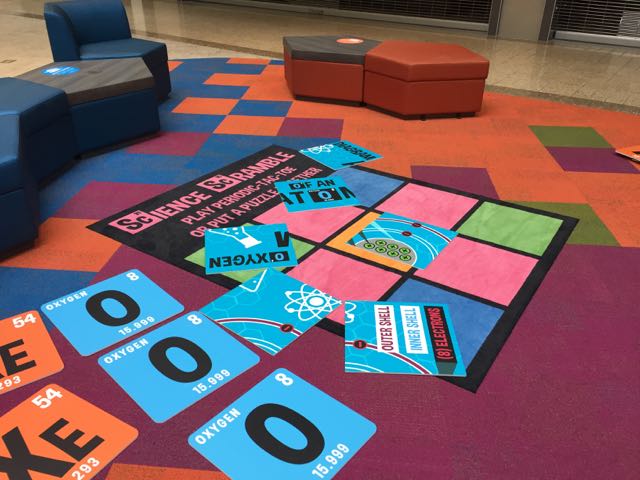 On one side of the square cards, you can put a science-themed puzzle together. With the other side, you can play tic-tac-toe with periodic elements! 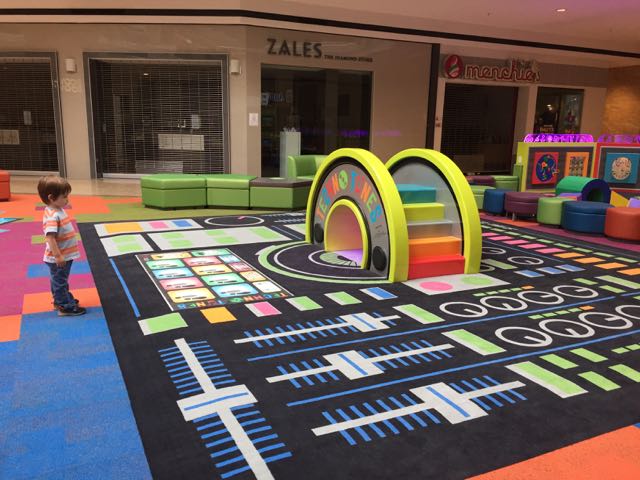 Make music with the power of technology! By stepping on the squares in front of the rainbow steps (which lead to a slide!) you can play a tune with the sounds of different instruments! One thing I appreciated here was that music was always playing, but it was NOT loud! 🙂 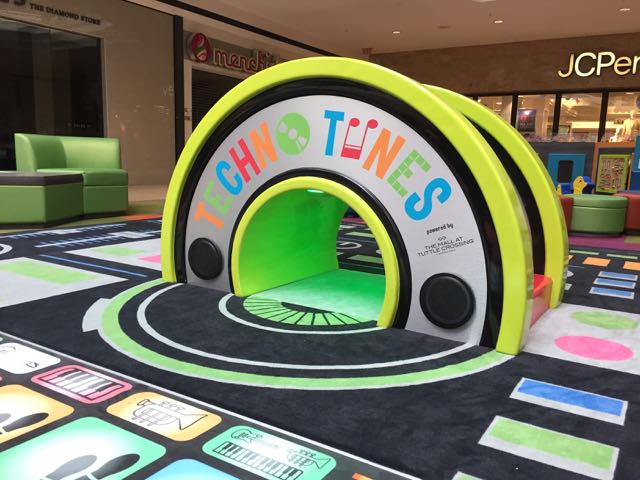 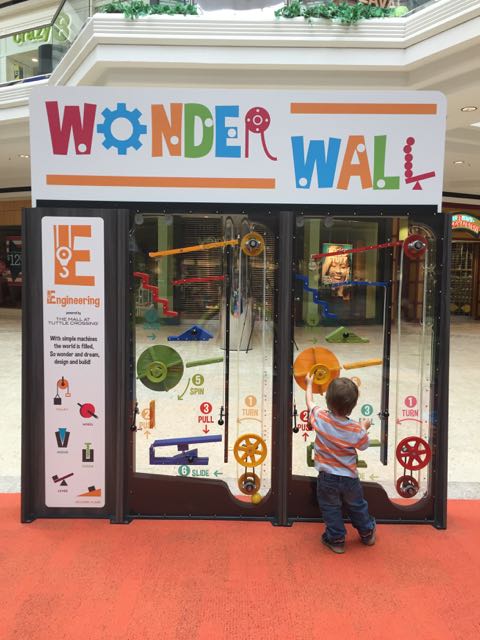 At the Wonder Wall (who’s singing Oasis?) you can use levers, pulleys, wheels and other simple machines to move a ball up through the maze and back down again. This one was a hit with my kids! 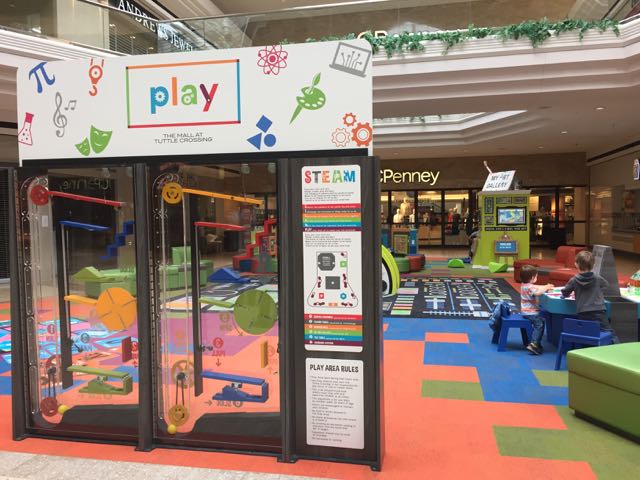 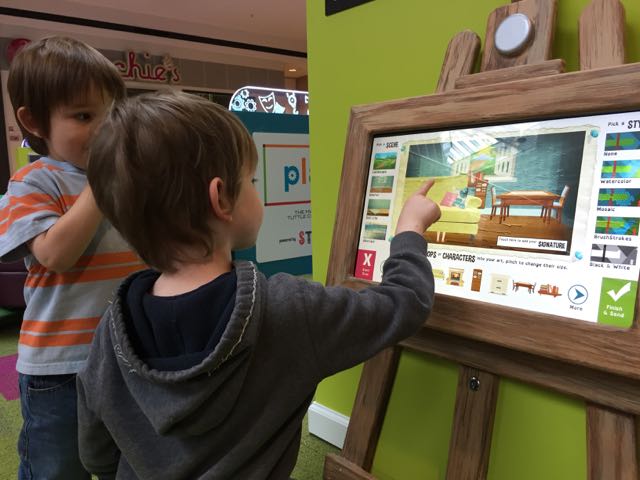 Tap, slide and pinch with your fingers to choose the scene of your art work, add items to it, enlarge them and then change the style. There are three “easels” to work on around the wall. When you’re done you can email the artwork to Grandma (or whomever you choose)! When you tap “Finish,” the screen says LOOK UP! and your artwork is then displayed on the screen above you! The look on my 2 year old’s face when this happened was priceless! 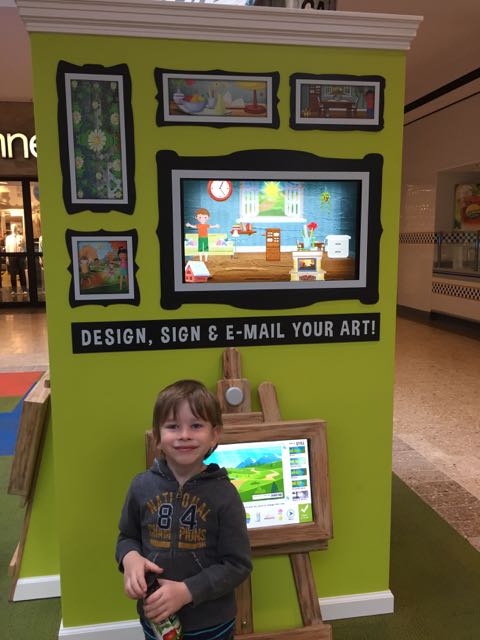 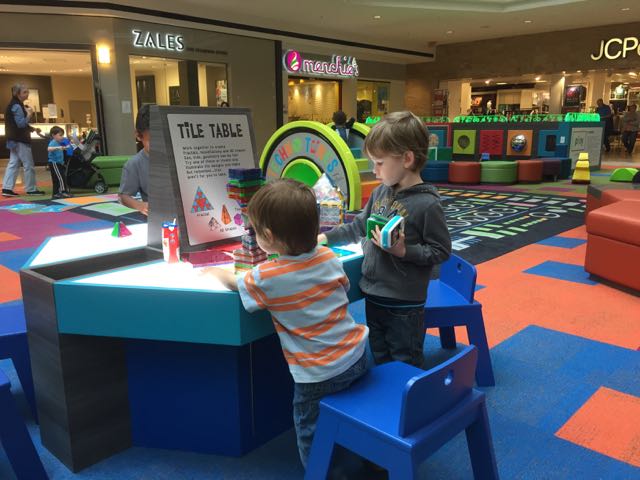 The Tile Table was, by far, my 5 year old’s favorite station. This was popular with lots of the kids! I apologize to all the kids out there who wanted a literal piece of the action as he stood guarding his castle, making sure it didn’t get knocked down. 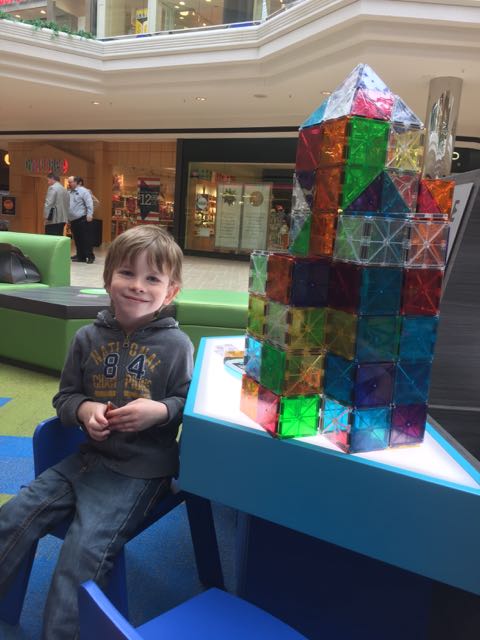 In addition to the 5 activity areas, there is an additional toddler zone, STEAM Jr., which is separated from the other areas by a soft, immovable barrier. 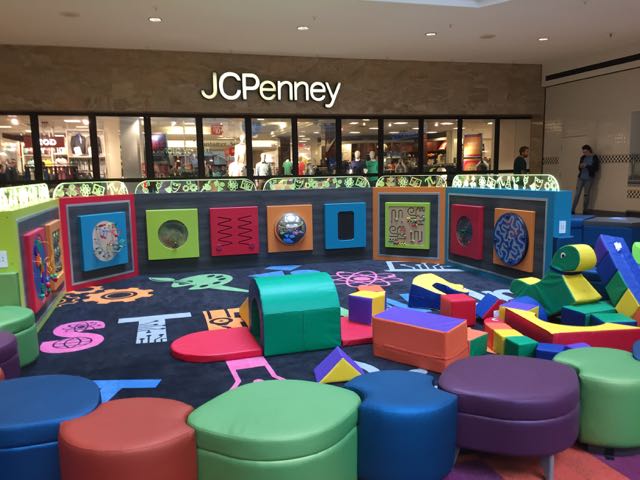 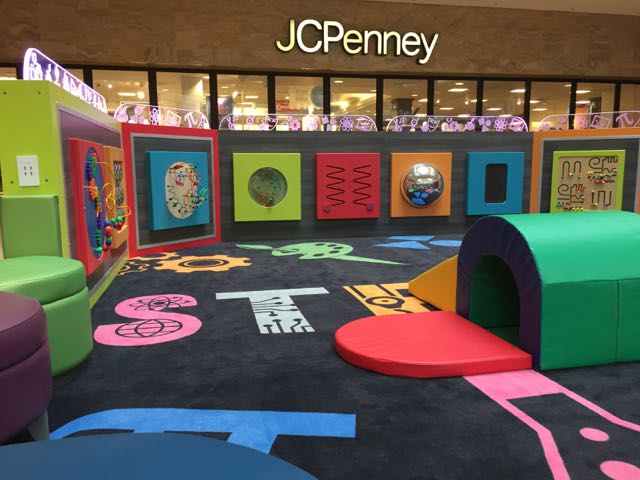 My kids, age 2 and 5, were engaged for 3.5 hours at this play area! Honestly, that’s the longest they’ve ever spent at a mall play area before begging me to move on! I had to pry them away because I was hungry!!

After the sneak peek, the mall opened and the play area got busy! There were one or two runners during that time, but most of the kids were engaged in the activities that were presented. There is definitely a shift in focus from large muscle play to fine muscle activities. This isn’t a play area for running around, climbing and sliding, though there is room for a little bit of that. 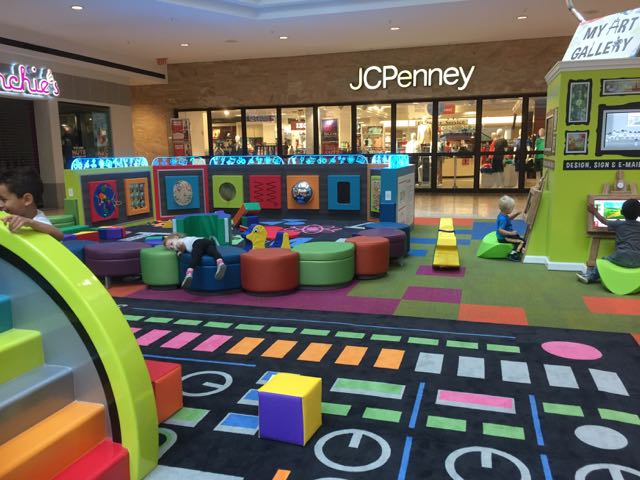 The truth is that the soft toddler barriers are not large enough to keep bigger kids out and the lack of a barrier around the general play area also allows teenagers in, which I did witness the day I was there.

These are some logistical things that we as parents will encounter, HOWEVER, in my mind, the benefits and engagement level of the activities here outweighs the negatives. I wouldn’t hesitate to bring my kids back here to play. The play area was designed by designers who create a lot of children’s museums, and I think if you shift your focus from what the play area at Tuttle used to be (gross/large muscle), to thinking of this as a small section of a STEAM children’s museum, you’ll be on target with what the play area is designed to be!

They really dropped the ball designing the new play area. My kids hate it! Won't be back to this mall anytime soon.

I take the kid to a play area, whether it's outside or inside, so they can run, play and burn off energy. Went to see the new play area on May 26 and was disappointed, as was my child, to the new layout. I'll just have to find a new place when the cold weather returns.

Wonderful design, wrong outlet. Long OHIO winters are the only reason I take children to a mall- to climb, jump and hop around with temporary new friends, read: cabin fever. Incidentally we might eat lunch there, and I'll do some unplanned shopping when something catches my eye. I wonder how much of sales are also the same scenario? So while I admire the design, it's too one-player for a public space. I won't be making a special trip to Tuttle this winter, but at least it offers an Oasis of rest to families already there.