Looking for things to do at The Ohio State University with your kids? These family friendly ideas will give you a fun way to explore the OSU campus and get a small taste of what it means to be a Buckeye!

A few months ago, Erin Strouse invited me to meet her and her son at Orton Hall at OSU to see the Cryolophosaurus skeleton that was discovered by an OSU professor and installed in September, 2018! 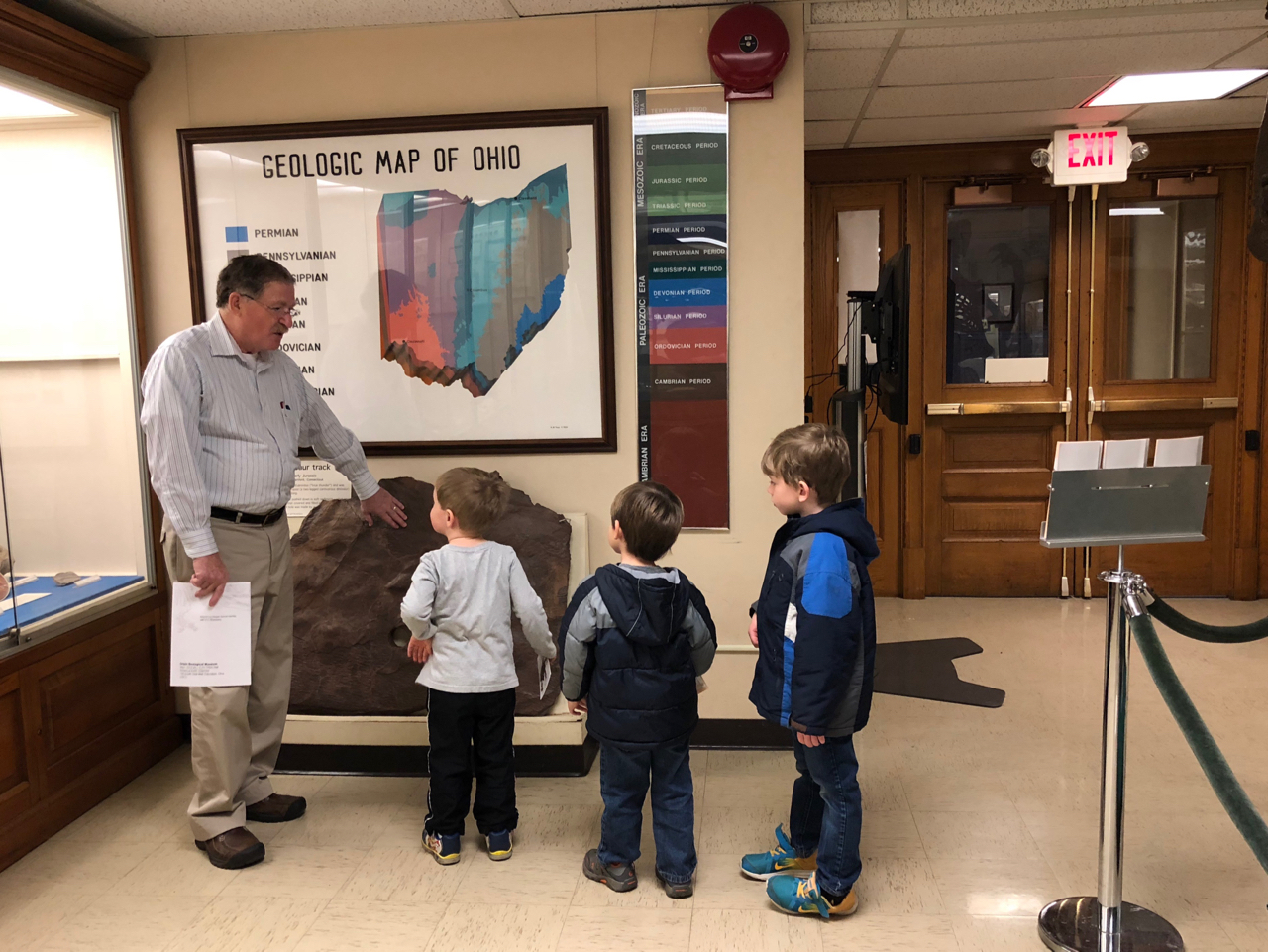 We had a fun time exploring the museum and learning about the Orton Geological Museum! I asked Erin to share more about the museum and the other things she enjoys doing with her kids on the campus of The Ohio State University! Thanks to Erin for sharing this this fun post with us!

Fun Things to do with Kids on The Ohio State University Campus: 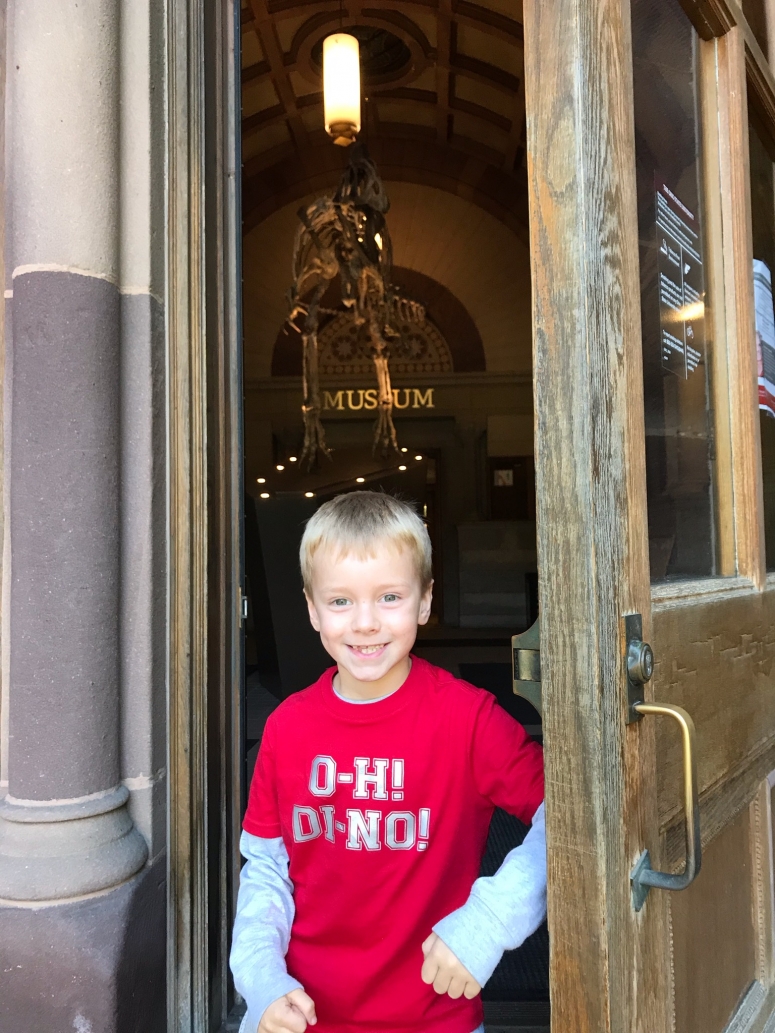 No bones about it – the Orton Geological Museum has become our favorite stomping ground at Ohio State. For my dino-lovin’ kids, the highlight of this fun and free peek into the prehistoric is a 24-foot-long Cryolophosaurus skeleton. The replica has greeted visitors with toothy grin since its September 2018 installation, just off The Oval, in the heart of campus.

Your littles will love the adventure of climbing up the front steps of the iconic Orton Hall, hauling open the massive doors and coming face-to-face with “Ohio’s dinosaur.” (No dinos were known to ever roam our state, but this creature was named for the OSU prof who found it in Antarctica, making for one cool connection to the carnivore!)

Transport the theropod into the 21st century with the free Orton Hall app; augmented reality pops the dino off its platform and reveals more about its significant and serendipitous discovery. In the museum (open M-F, 9-5), your kids will ooh and ahh over the giant sloth skeleton, T. rex skull, sparkling minerals, meteorites, mastodon teeth and more!

You can touch a dinosaur footprint and examine the pompadour-like crest on another Cryolophosaurus skull to see why its been dubbed ELVISaurus! 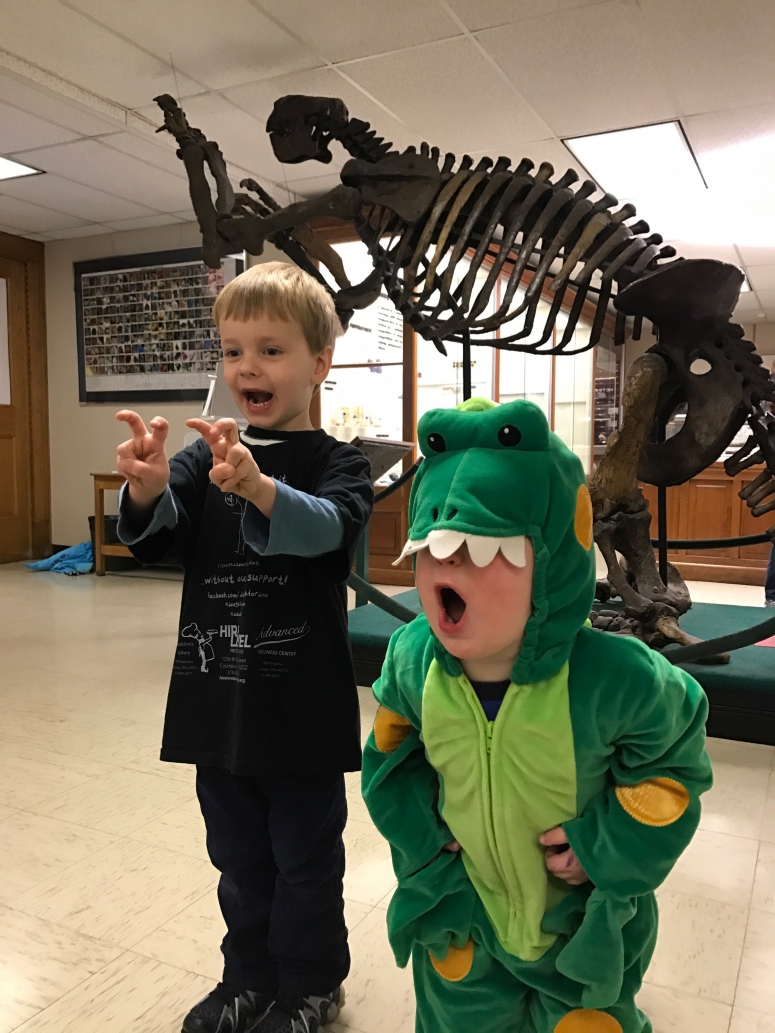 My boys also love the glow-in-the-dark rock booth and visiting the friendly curators; just ring the bell at the gift shop and they’ll be happy to show your kids around and give them a museum coloring book. (Ask about reserving space for a birthday party; my four-year-old had a dino-mite time!)

Gift shop items fit all budgets and benefit the museum or you can just donate directly by the visitor’s log. My kids always like to sign it on our way out. Don’t let the museum’s small size fool you; it boasts more than 10,000 fossils! Still, my kids are ready to run after a half hour, so we usually hit up the bathrooms hidden just outside the museum doors and snap a #CryolophoSELFIE in the lobby to share @o_h_di_no #OHDINO #OrtonMuseum 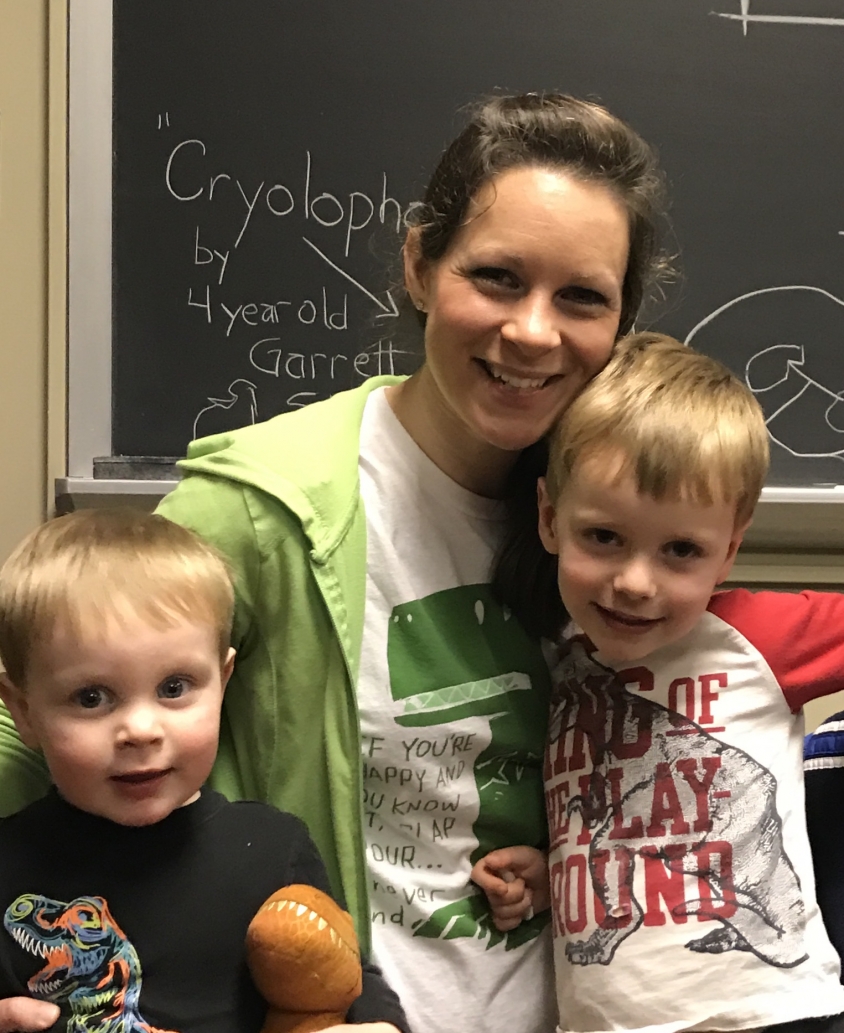 Take the stairs or elevator around the corner to the lower level where an automatic door helps a mama with a stroller. This exits onto Hagerty Dr., behind Orton Hall, so keep your kids close. I can usually find a cheap metered parking spot here, but spaces are limited. (The Ohio Union garage isn’t that far of a walk and costs under $7/hour.)

You just can’t beat one of Ohio State’s best hidden gems for a short ‘n sweet lil’ expedition that’s accessible, affordable and awesome … or should I say, jaw-some!? Either way, we say, “O-H … DI-NO!” 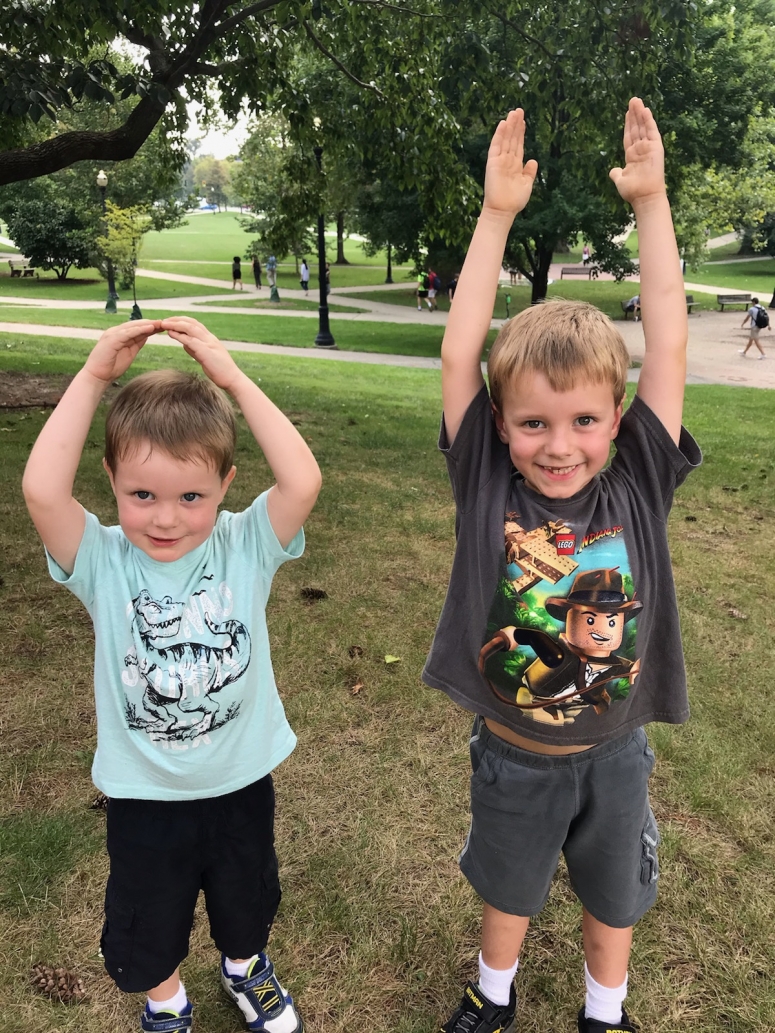 Your kiddos are just steps away from a rompin’ good time at OSU’s South Oval and Mirror Lake if you can snag a metered parking space behind Orton Hall. For just a few bucks, your little Buckeyes can burn off some energy in this shady greenspace before or after visiting the museum (see above). My boys love to run, climb trees, even roar about with friends in dino costumes, urging passersby to see the real deal next door. 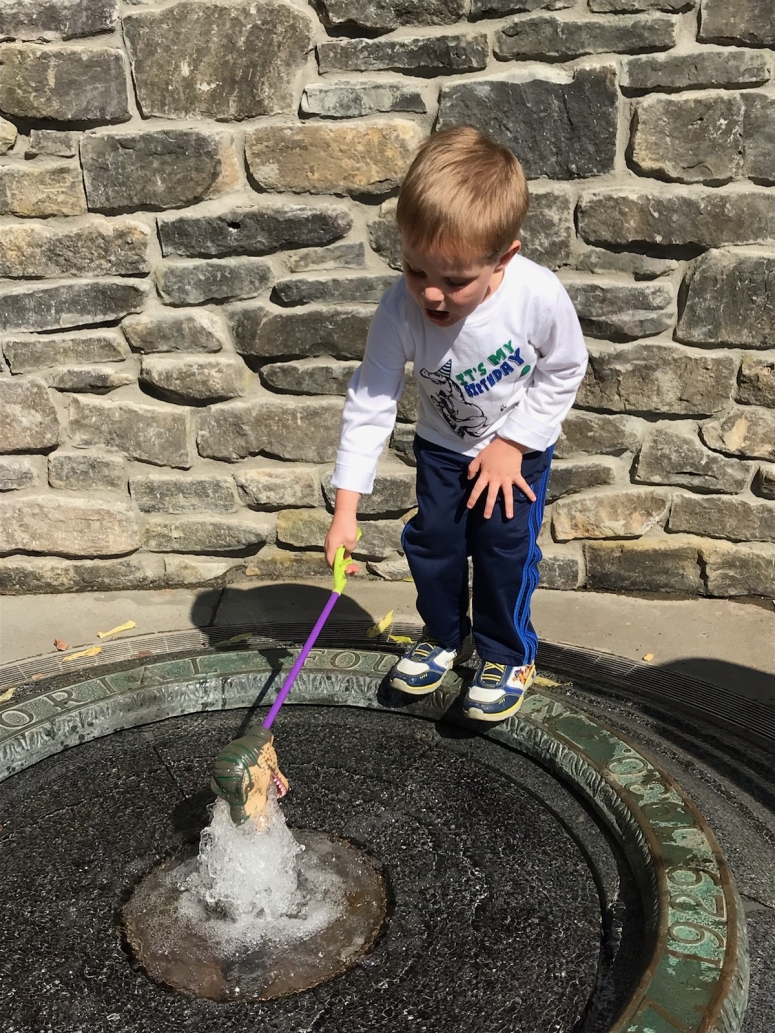 Pack a picnic lunch, listen to the Orton bell tower chime and check out its gargoyles before your lil’ dinos stomp down to the “swamp” nearby. Actually, the historic Mirror Lake is now a beautifully-renovated wetland; it re-opened in August 2018. Little feet can’t resist a small, ground-level fountain; my sons’ shoes were swamped last visit so bring an extra pair and have fun exploring!

My kids haven’t met a library they don’t like, but OSU’s Thompson Library on The Oval was a real treat. By the front door, students rub the head on a bust of President Thompson for good luck on exams, so my kids followed suit and recited their ABCs over the nearby alphabet floor engraving. 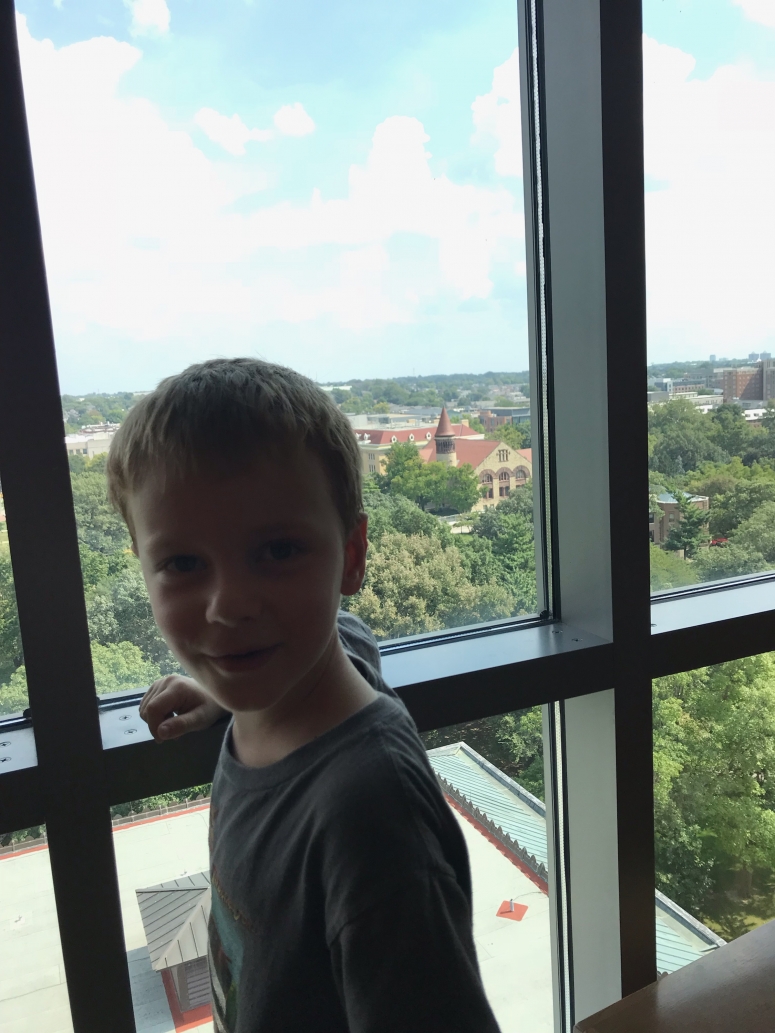 Next, we took the elevators to the 11th floor and tried our best to contain squeals of excitement – the views of landmarks like Ohio Stadium and Orton Hall (see above) are amazing!

If tummies are grumbling, try the library café or nearby “Oxley’s by the Numbers,” next to a fun-for-climbing outdoor numeral “Garden of Constants” (2055 Millikin Rd.) your young counters will love! 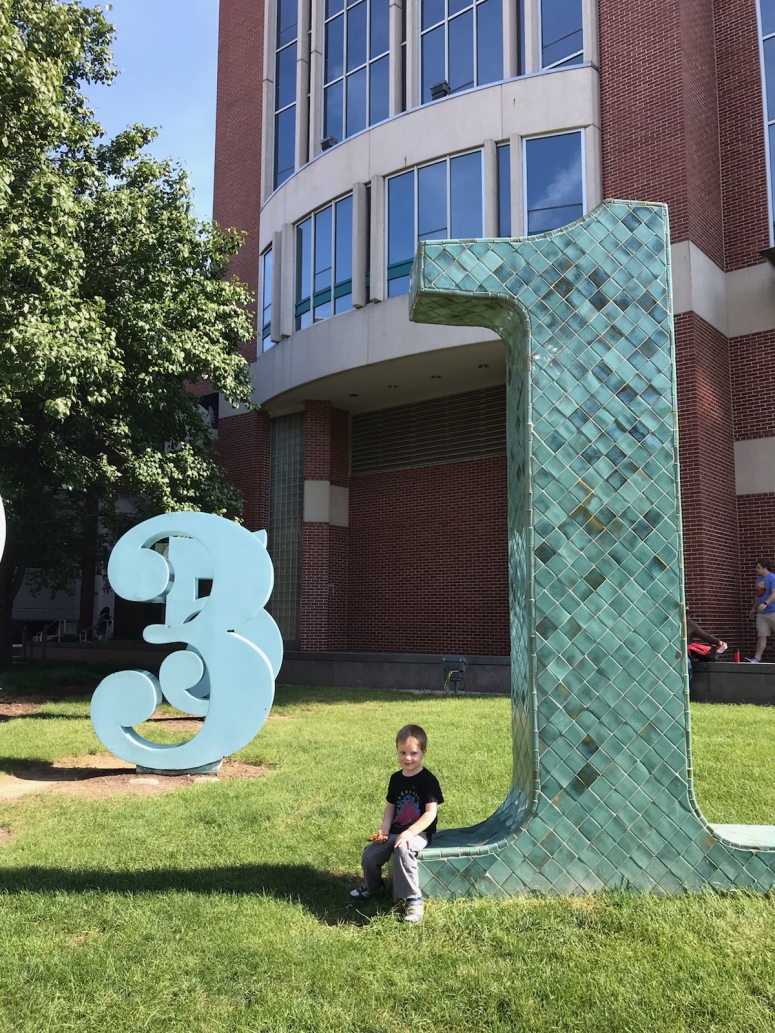 If only pizza will do, park at Tommy’s at Lane and Neil; my kids like to split a slice there and play some Pac-Man. Pack some quarters and score a #momwin!

Sometimes after lunch, we walk down to the Brutus and Woody Hayes statutes on Lane, or even across the restored Olentangy River to touch the floating sphere fountain and other features of the Lane Avenue Gardens (Survivors’ Park, Chadwick Arboretum).

We’ve trekked quite a bit across the university in recent years, including west campus; each spring, OSU’s Museum of Biological Diversity (1315 Kinnear Rd.) hosts a one-day, hands-on open house that’s not to be missed! It’s free and your kids will be wowed when they get to go behind-the-scenes to interact with world-class collections of insects, animals, shells … and fossils from – where else?! – the Orton Geological Museum! This event is taking place on March 23, 2019! 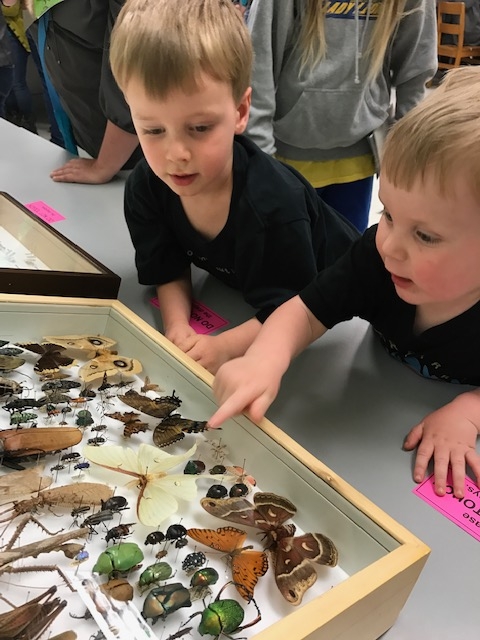 What other OSU must-see’s do you know of that we’ve missed? Please share! If I leave it up to the kids, they’ll just keep asking to ride the escalators up to the second floor children’s area at The Ohio State Bookstore (the Barnes & Noble at 11th and High). Ha! Maybe this year we’ll finally check out the new Script Ohio monument … Buckeye Donuts … another sporting event … the Billy Ireland Cartoon Library … the planetarium … or the Wex! What does your family like to do on campus? 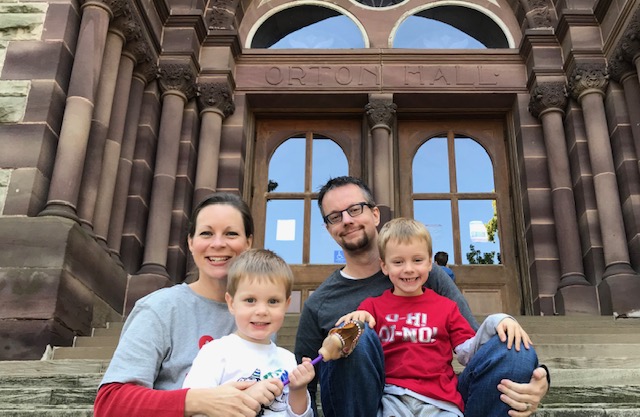 Erin (Tate) Strouse is a former NBC4 reporter and media relations coordinator for the Ohio Environmental Protection Agency. Now a stay-at-home “dino mom” to Garrett-saurus (6) and Nate-ceratops (4), she became an accidental fundraiser and ambassador for the Orton Geological Museum’s Cryolophosaurus crowdfunding campaign in early 2017. A quick first visit to the museum evolved into a kid-fueled “Dough for Dino” bake sale (and much more) to teach her preschoolers the rewarding fun of community service.

Erin’s family likes to serve in other ways, too, through their church, and play in all sorts of new places across Columbus. She’s always recruiting more “Friends of the Museum,” so jump on the dinosaur train at www.facebook.com/doughfordino and Twitter @o_h_di_no #OHDINO and @erin_strouse #DoughforDinoROCKS (where she hopes to soon release her lil’ rockers’ latest endeavor) … stay tuned for another wild ride! 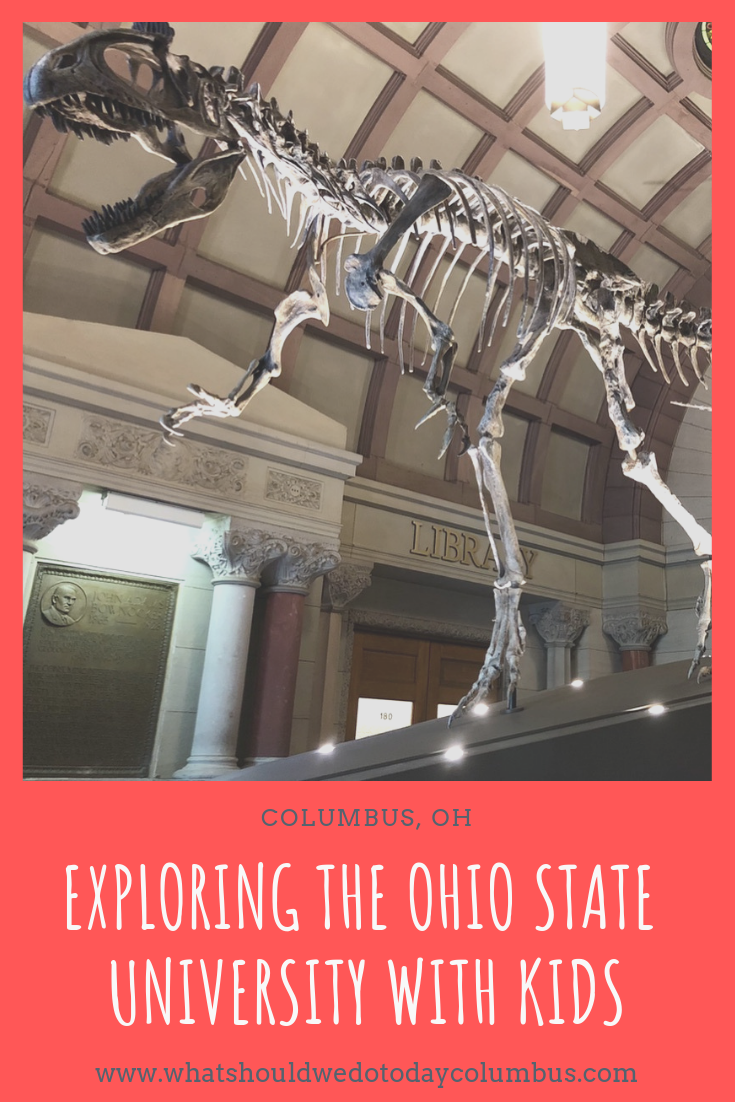 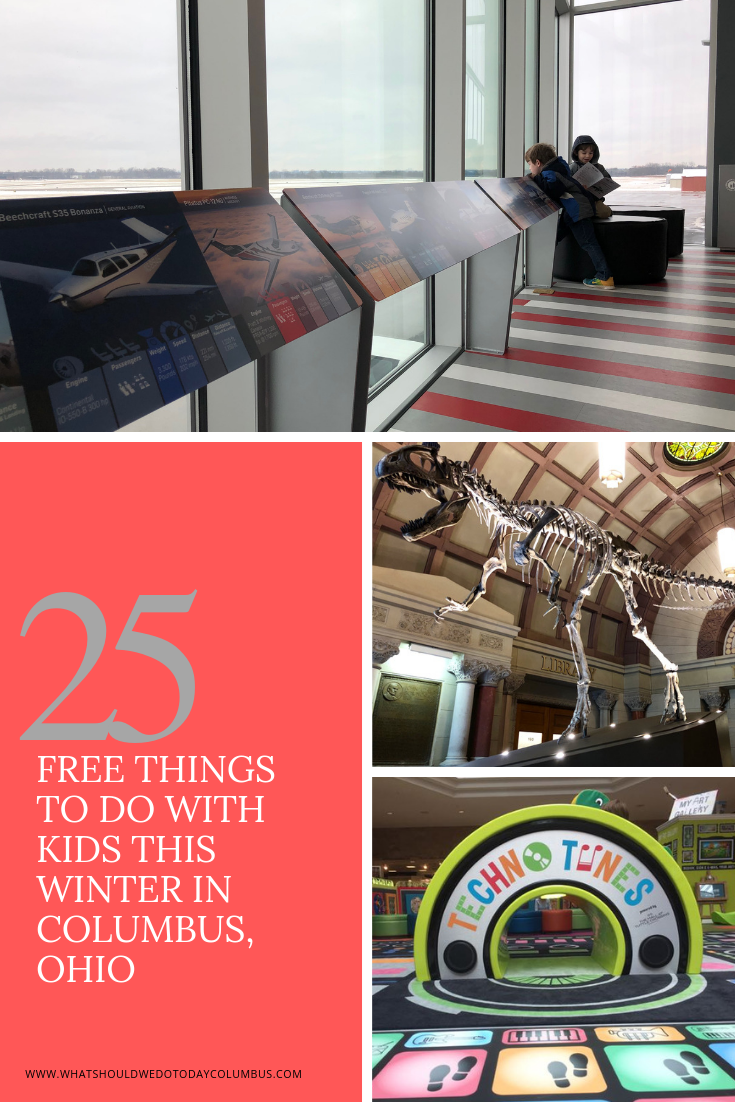 ICYMI: 25 Free Things to do with Kids this Winter in Columbus, Ohio 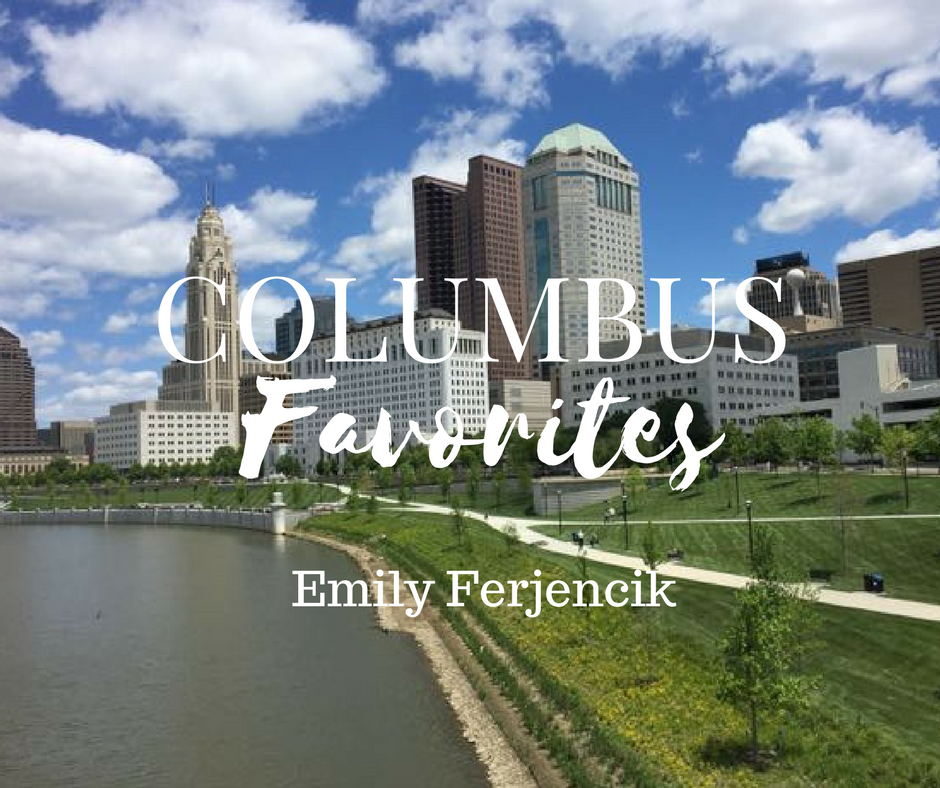 3 Places I Love to Take My Kids in Columbus: Emily Ferjencik 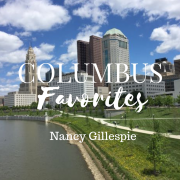 3 Places I Love to Take My Kids in Columbus: Nancy Gillespie 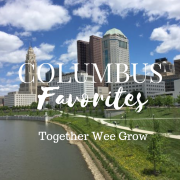 3 Places I Love to Take My Kids in Columbus: Together Wee Grow 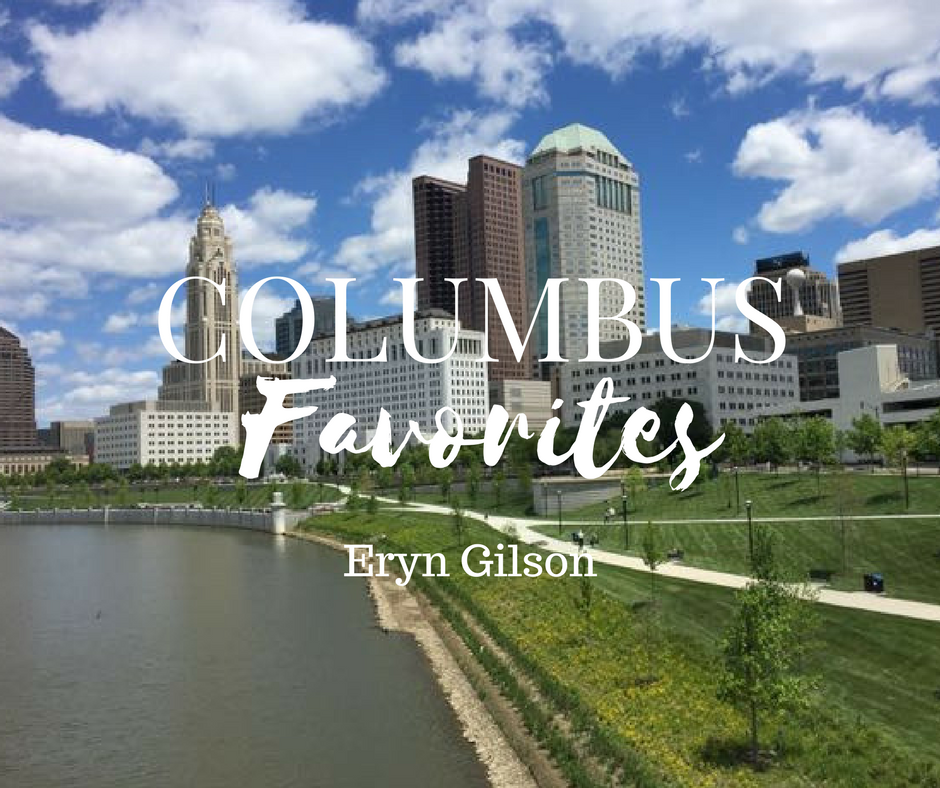 3 Places I Love to Take My Kids in Columbus: Eryn Gilson 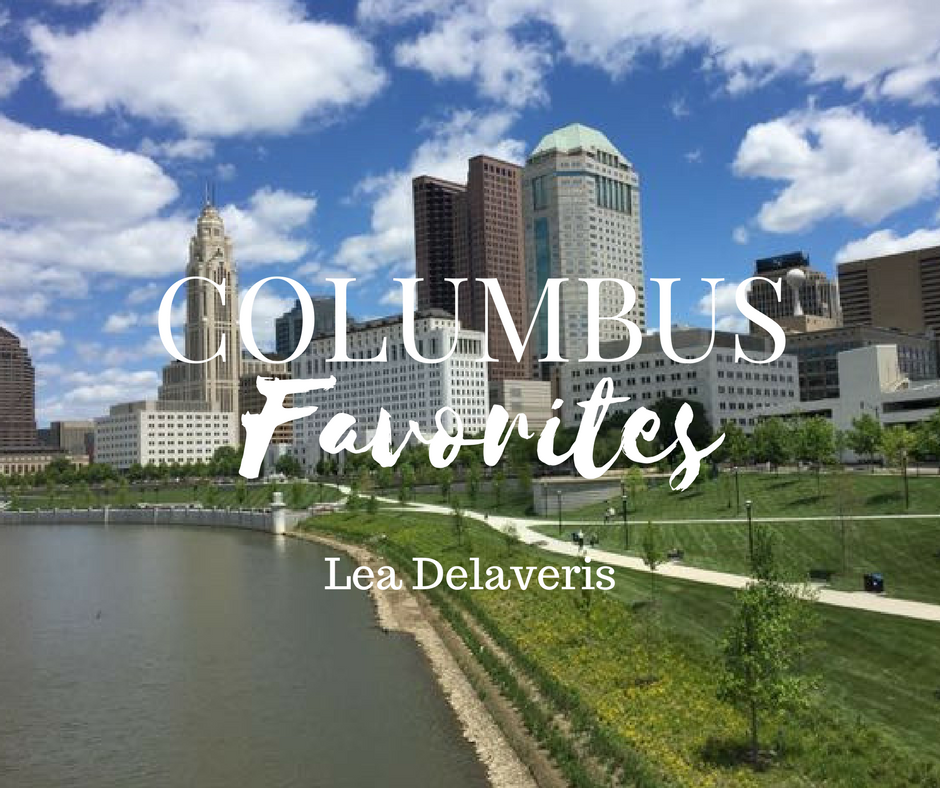 3 Places I Love to Take My Kids in Columbus: Lea Delaveris 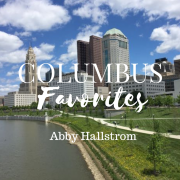 3 Places I Love to Take My Kids in Columbus: Abby Hallstrom
4 replies

Want to join the discussion?
Feel free to contribute! 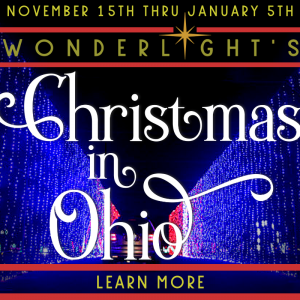 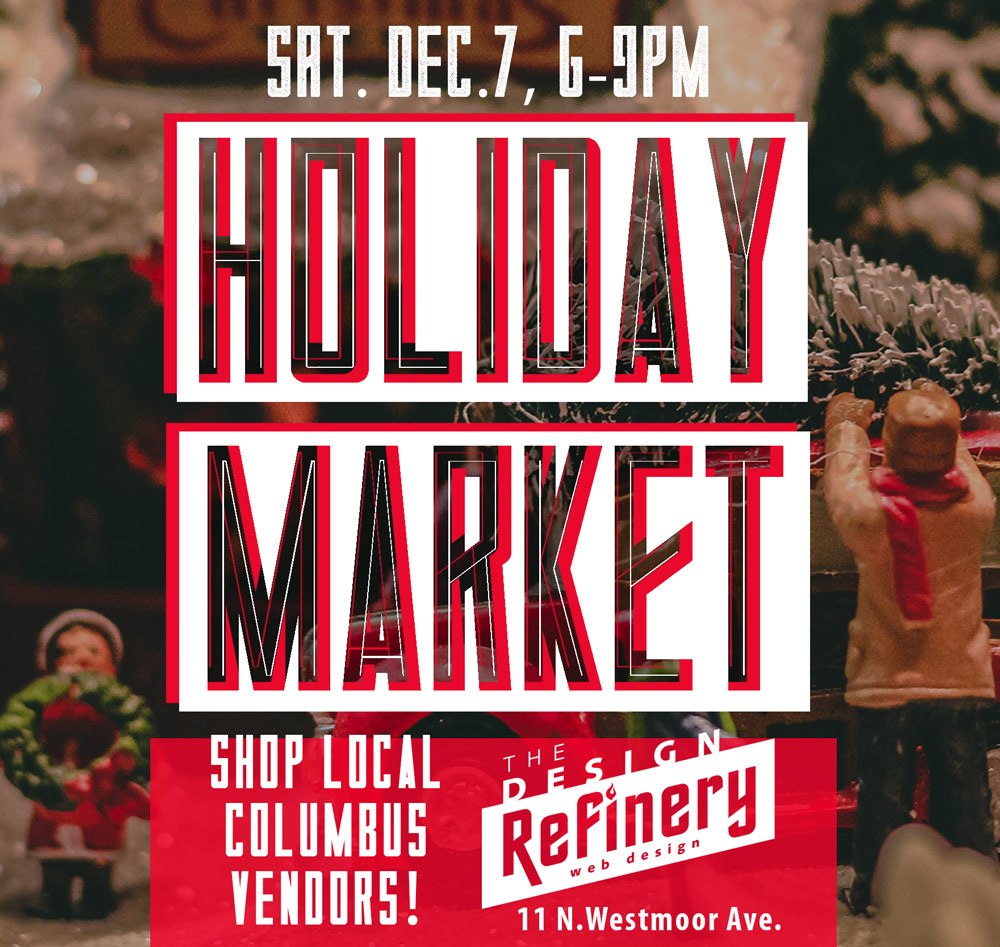 What Should We Do This Weekend? Columbus, Ohio, February 1-3, 2019
Scroll to top