Westgate Park in the Westgate and Hilltop Neighborhoods of Columbus is full of unique landmarks you won’t find anywhere else in Columbus!

Westgate Park is one of our favorite parks in Columbus, not only because it’s our neighborhood park, but because it has great playgrounds, the ABC’s and it’s home to some really great events and festivals!

Where is Westgate Park?

Westgate Park is on the west side of Columbus, about 5 miles west of downtown Columbus. The park is bound by Wicklow Rd. on the north, Parkside Rd. on the South, Demorest Rd. on the west and S. Westgate Ave. on the east. The park is home to a nice, rentable shelterhouse, a fishing pond and the Westgate Community Recreation Center.

What is the History of Westgate Park?

Westgate Park has a very interesting history! The neighborhood bordering the park was home to Camp Chase, an American Civil War training camp and Confederate prison! Make sure to visit the Heroes of Camp Chase Mural on the west side of the park near the Community Center. You can’t miss it if you park in the Community Center Parking lot at 455 S Westgate Ave, Columbus, OH 43204.

What is There to See and Do in Westgate Park?

Check out this list of things to see and do in Westgate Park! 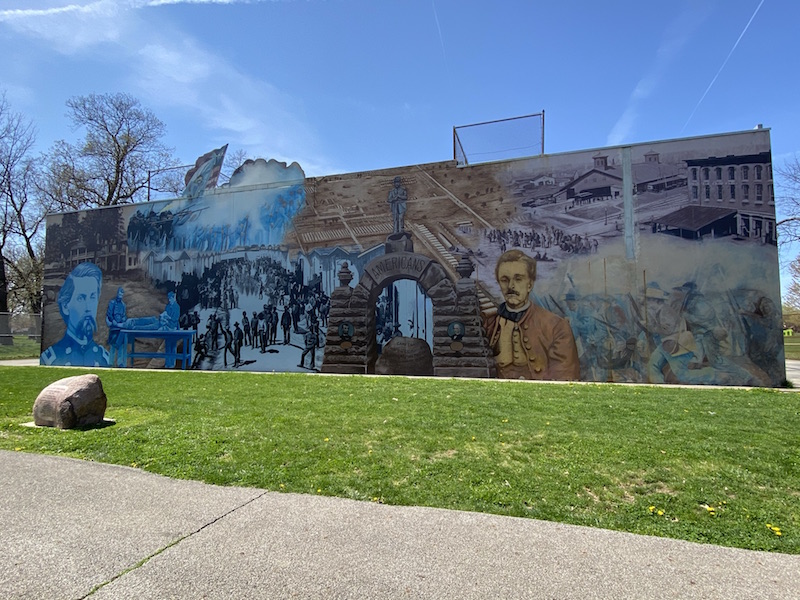 The Heroes of Camp Chase Mural depicts well known people and events in Camp Chase history and was designed by artist Curtis Goldstein. A display near the mural lists out a description of each of the 10 images and events depicted in the mural. 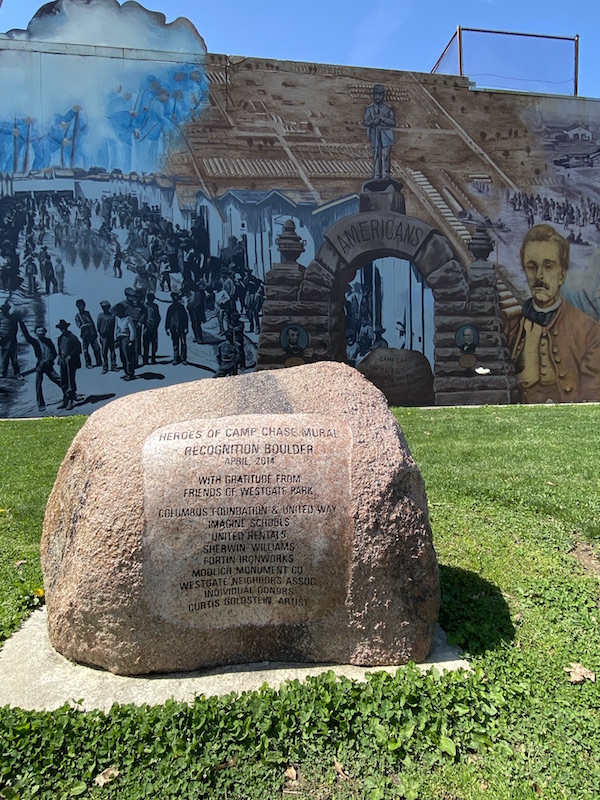 As a side note, if you are interested in Civil War history, you will want to make a visit to the nearby Camp Chase Confederate Cemetery at 2900 Sullivant Ave., not far from the park!

2. The ABC’s of Westgate Park 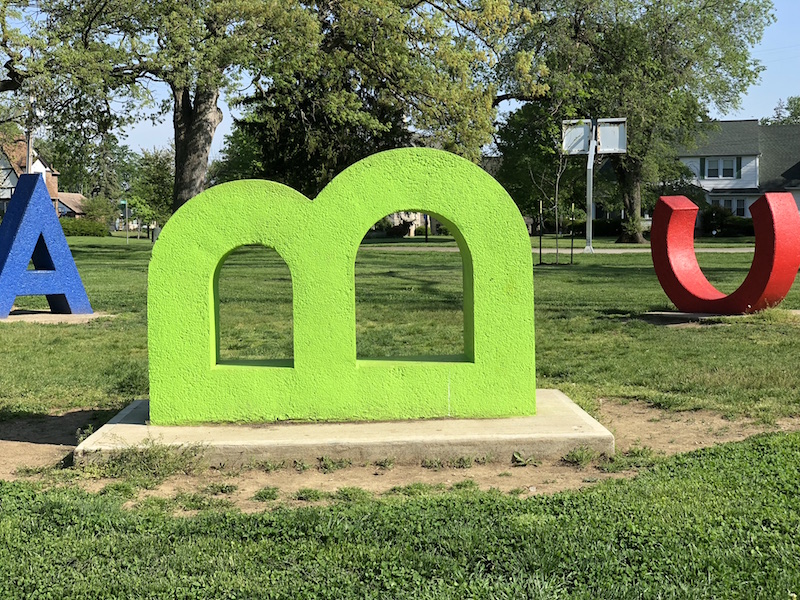 One of my favorite features of Westgate Park are the ABC’s. These ABC’s were once on display outside of the now closed Westland Mall. They were moved to Westgate Park in the early 80’s. 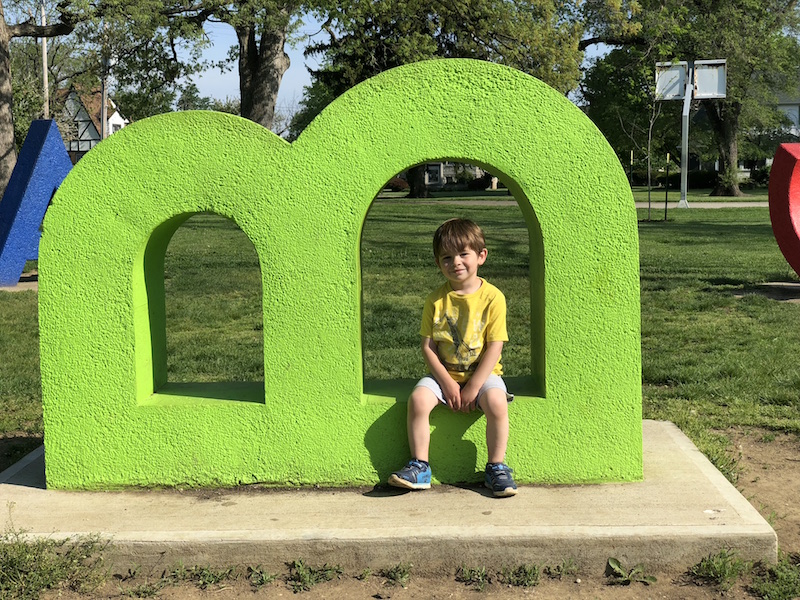 The B was destroyed by a car in the 80’s and was replaced by the Westgate Neighbors Association in 2015! 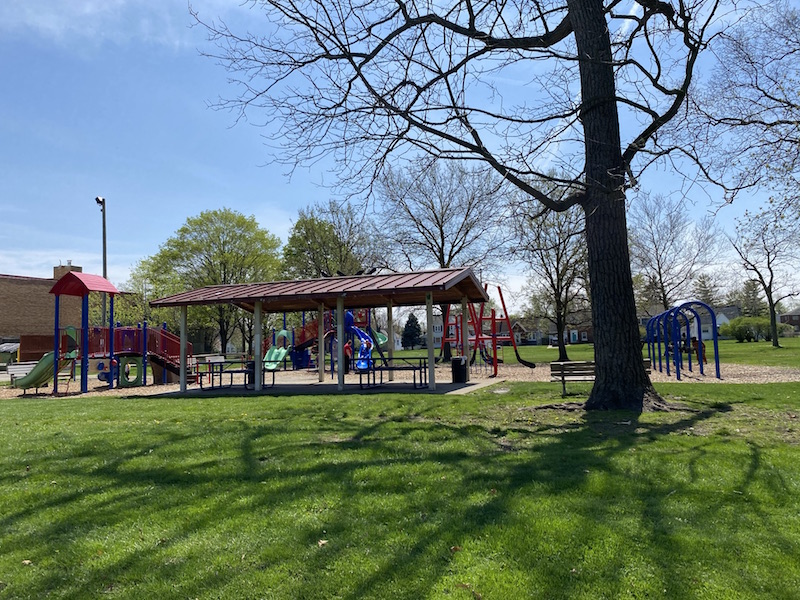 Yes, playground is plural! There are three separate playgrounds within Westgate Park.

This first one is in the south central part of the park. There is a parking lot off of Parkside Rd. that is closest to this playground as well as several ball fields. 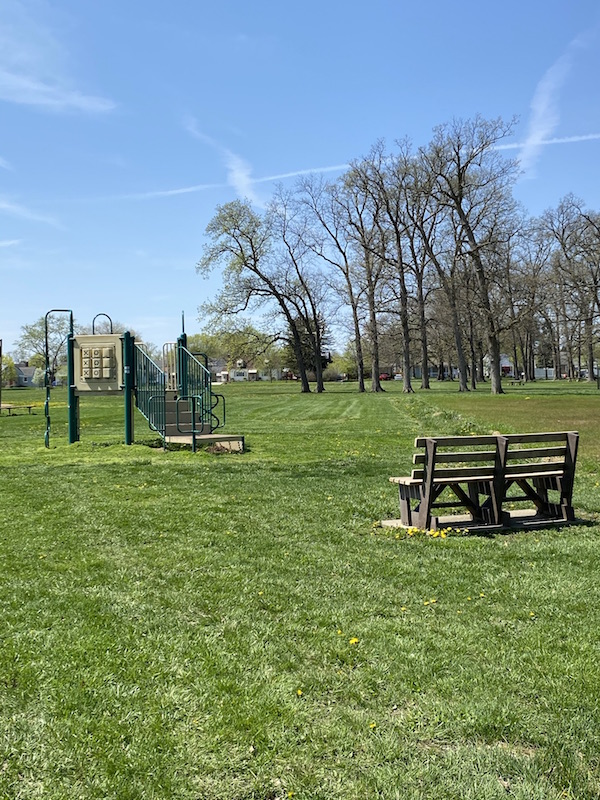 This second playground is accessible from the Westgate Community Recreation Center Parking lot and includes a traditional play structure and swings. 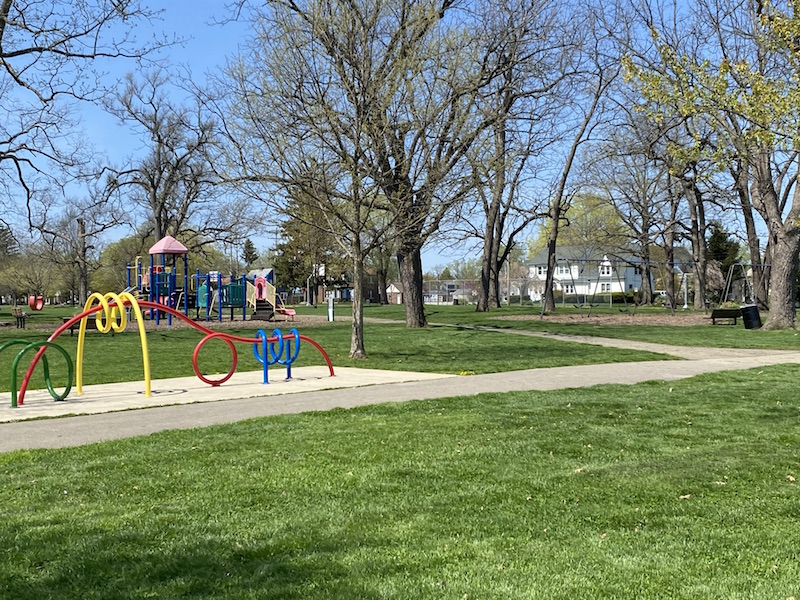 The third, and in my opinion, best playground area is the Columbus Blue Jackets Playground behind the Rec Center. 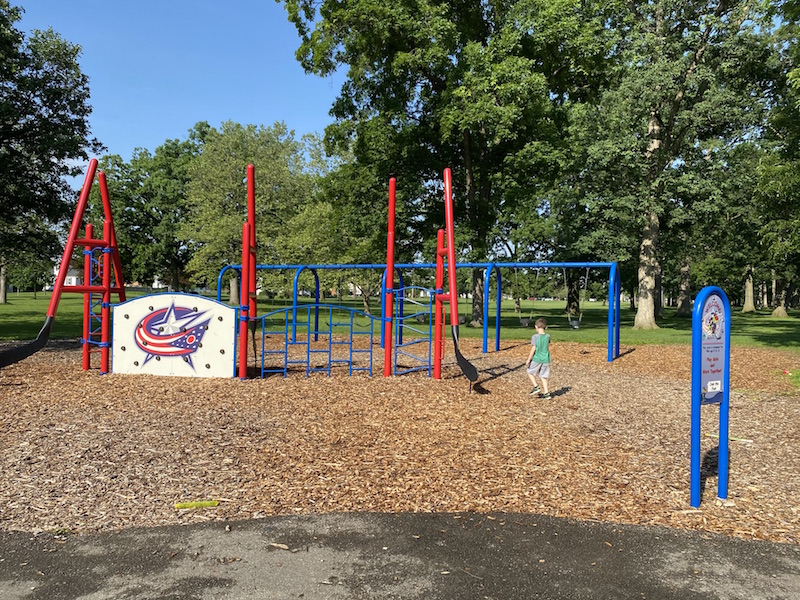 This is also accessible from the Rec Center parking lot. This one is hockey themed and has some fun climbing structures, swings and a picnic area. The play structure for older kids has a couple of slides and a climbing wall. 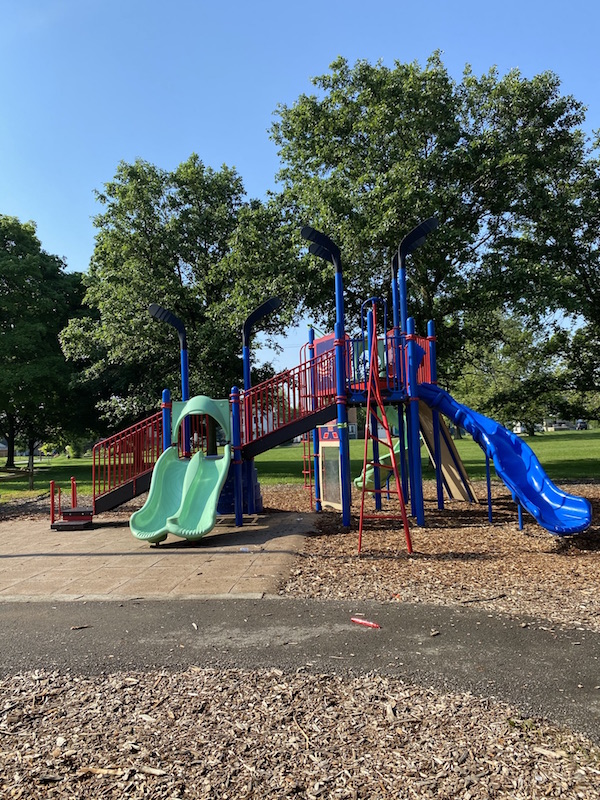 There is also a smaller play structure for toddlers which has a steering wheel – always popular with my boys! 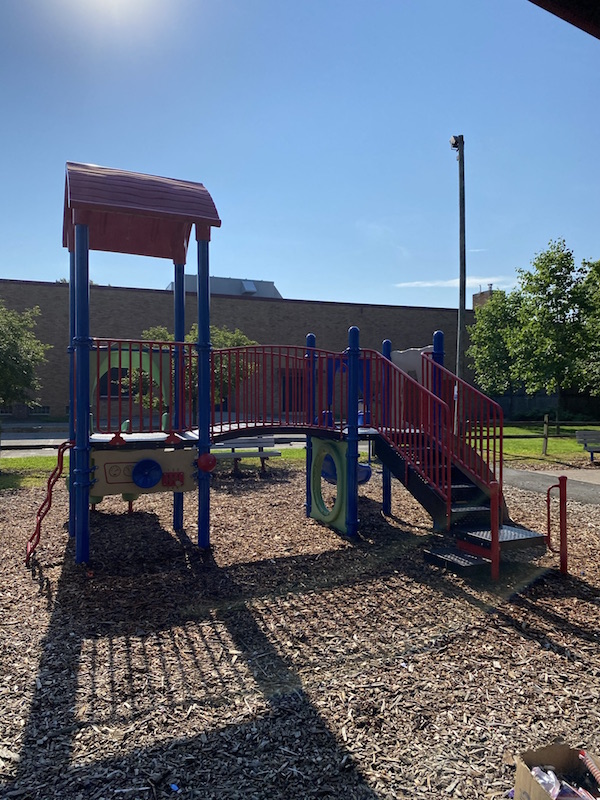 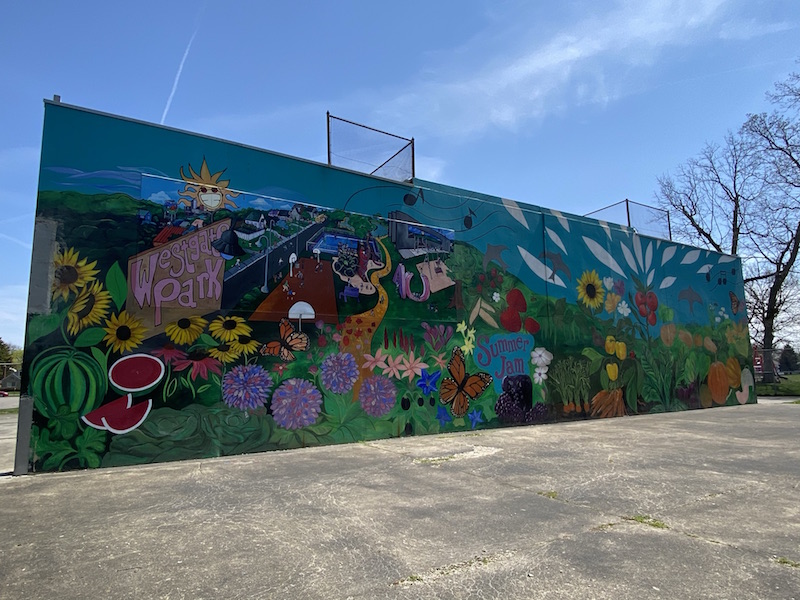 Make sure to check out the Summer Jam Mural on the opposite side of the racquet ball court from the Heroes of Camp Chase Mural! Summer Jam West commissions a mural on the west side of Columbus each year in conjunction with their annual festival! This one by Danielle Poling is one of our favorites! 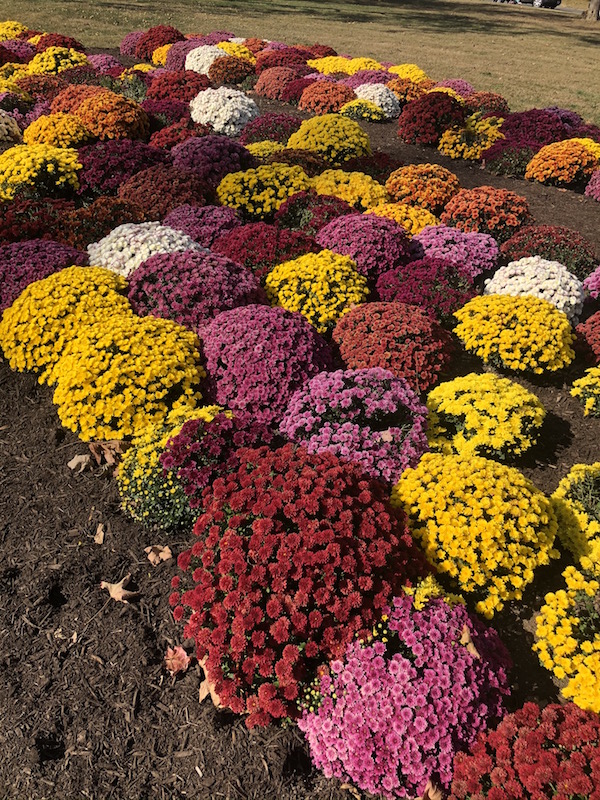 Another little known fact about Westgate Park is that it has been the home to mum research beds! For several years the beds were part of a research project to determine how different kinds of mums grew in our climate. 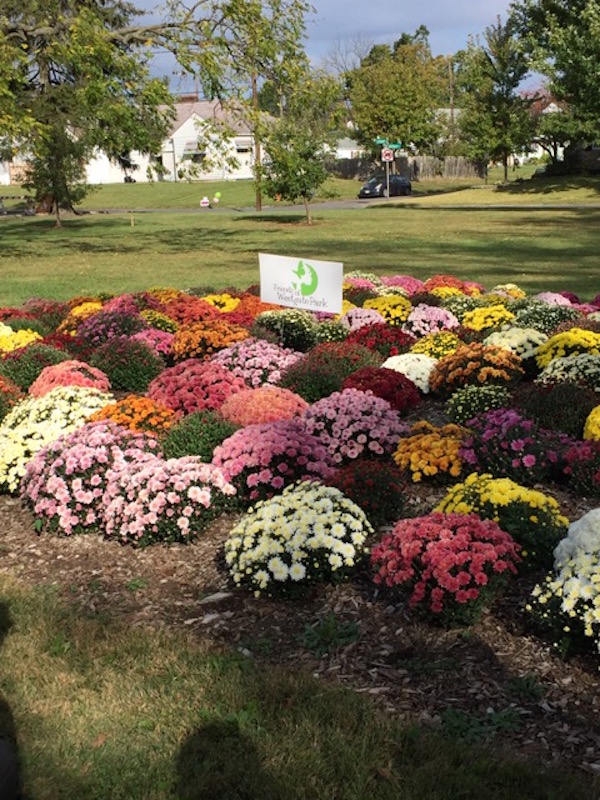 The mums are near the enclosed shelterhouse on the north central side of the park. They are currently not part of a specific research project in 2021 so they may soon be joined by some new flowers and plants! All of the flower beds in Westgate Park are carefully maintained by Friends of Westgate Park a non-profit, volunteer organization! 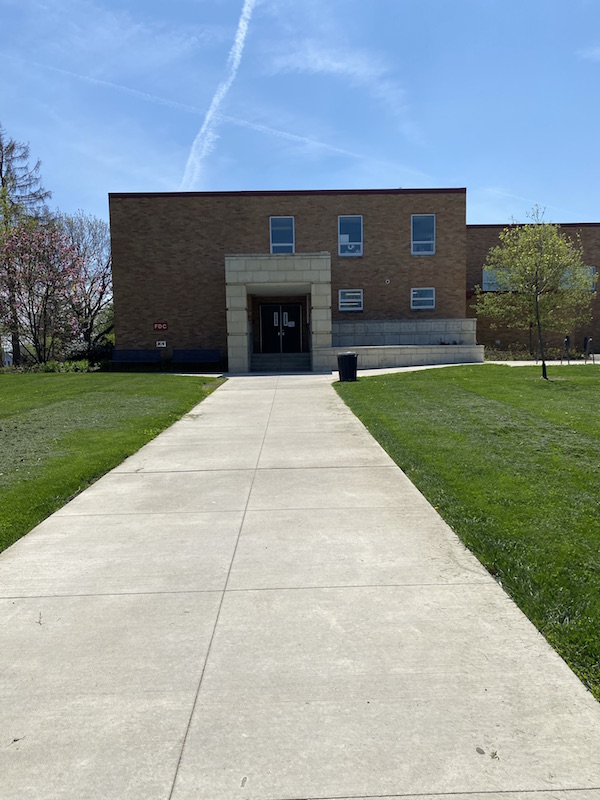 The Rec Center here is home to many community events, classes and programs for the community. There is also a nice fitness center which was remodeled in 2014. An annual Fitness Room Membership good at any of the Columbus Community Recreation Centers is only $60! See more info here.

The Westgate Shelterhouse is available for rent and accommodates 175 people. It has heat and air conditioning. In addition to the indoor area, there is a covered patio. 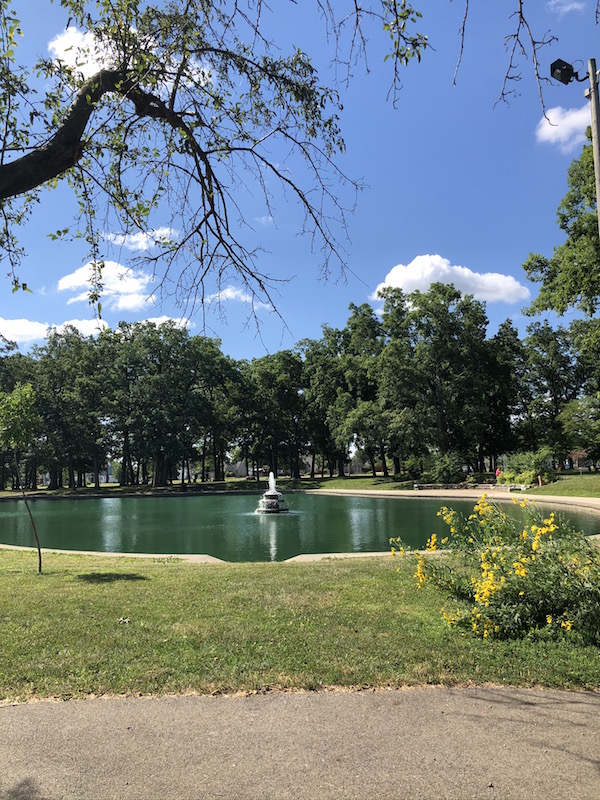 The heart of Westgate Park is the pond with its fountain and surrounding landscaping. The pond is open for fishing and is regularly stocked by the city of Columbus. 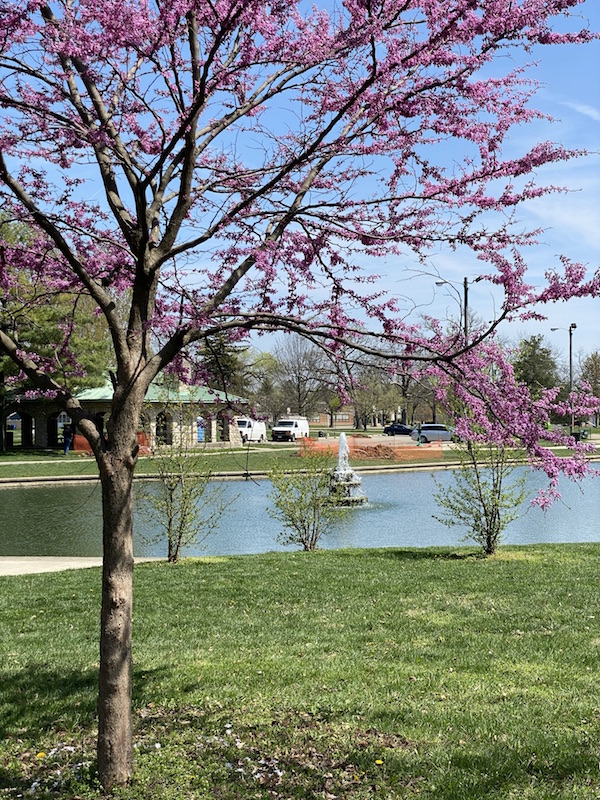 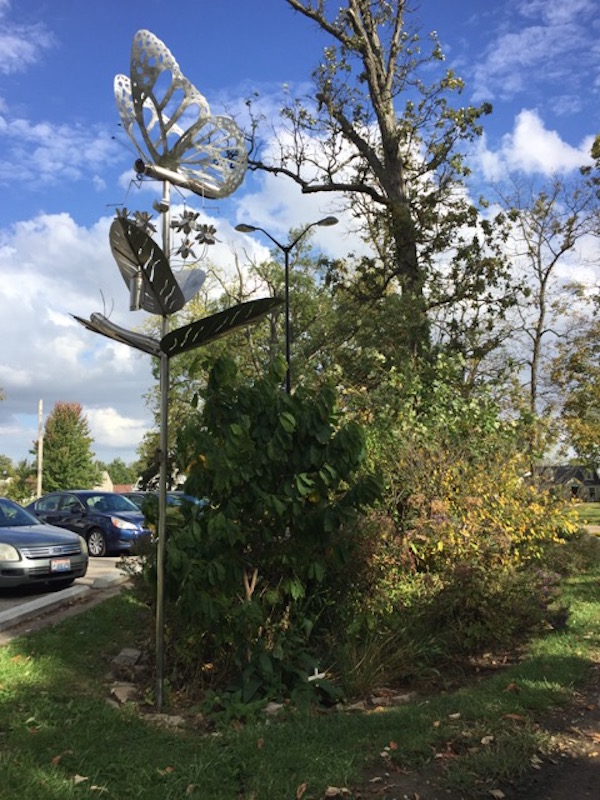 This was the first Rain Garden in a Columbus City Park! With flowers and native plants to attract butterflies, check out this area and it’s beautiful butterfly sculpture! 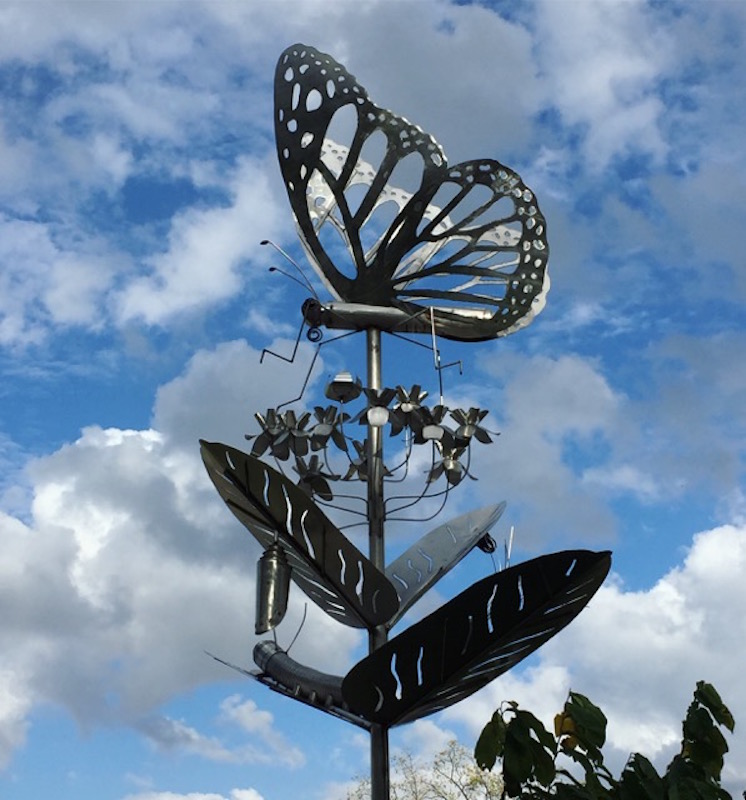 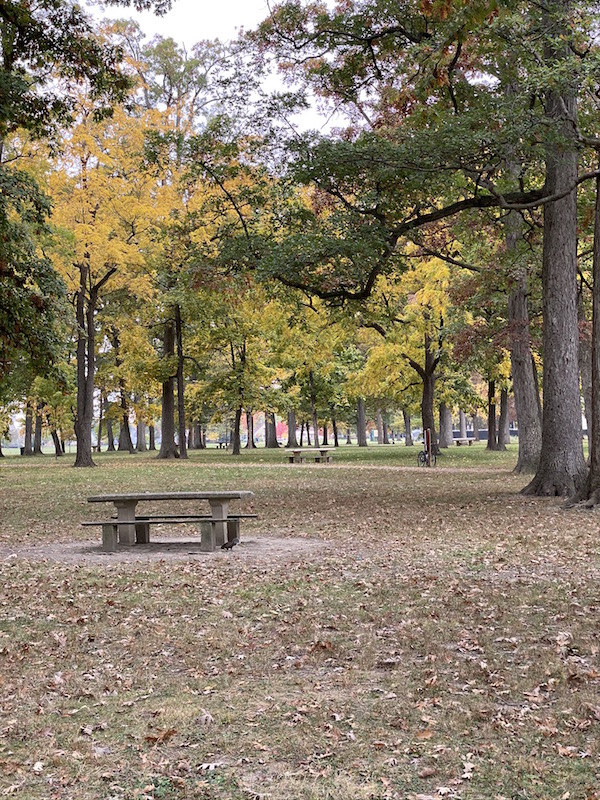 Within the park there are walking paths to enjoy the mature trees. The perimeter of the park is a 1.2 mile loop. The West Side Running Club makes use of this path on a weekly basis! 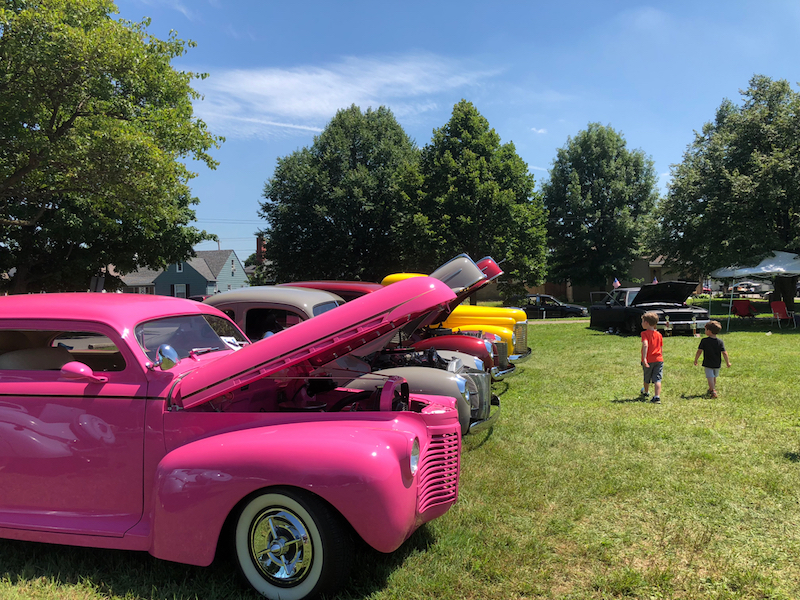 The Hilltop Bean Dinner is a family friendly festival that remembers the role of Westgate Park in the Civil War. The park was the site of a prison camp, Camp Chase, and the festival offers some traditional food (like beans) but much more: food vendors, craft vendors, a car show, music and more!

The Hilltop Bean Dinner typically takes place on the third Saturday of June. 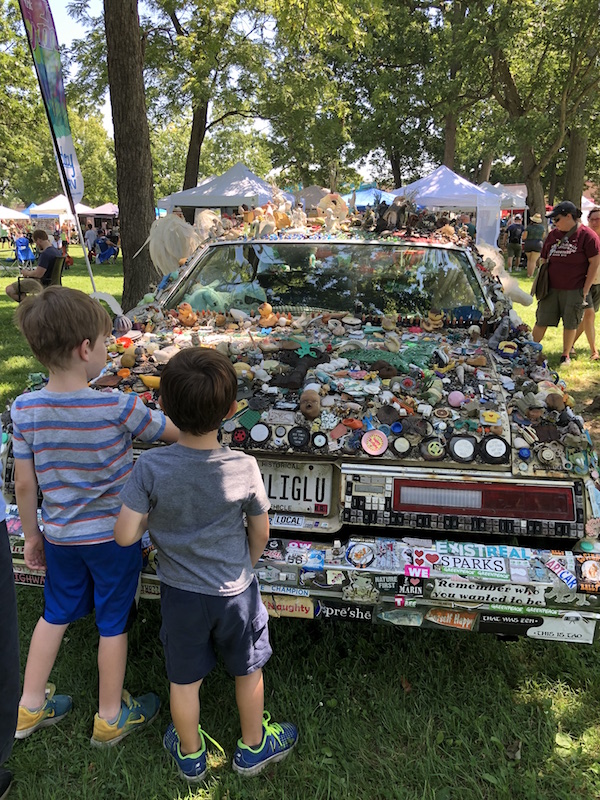 This festival celebrates local artists, local bands and supports the curation of a mural on the west side of Columbus each summer. The day is filled with live music, food and handmade goods! 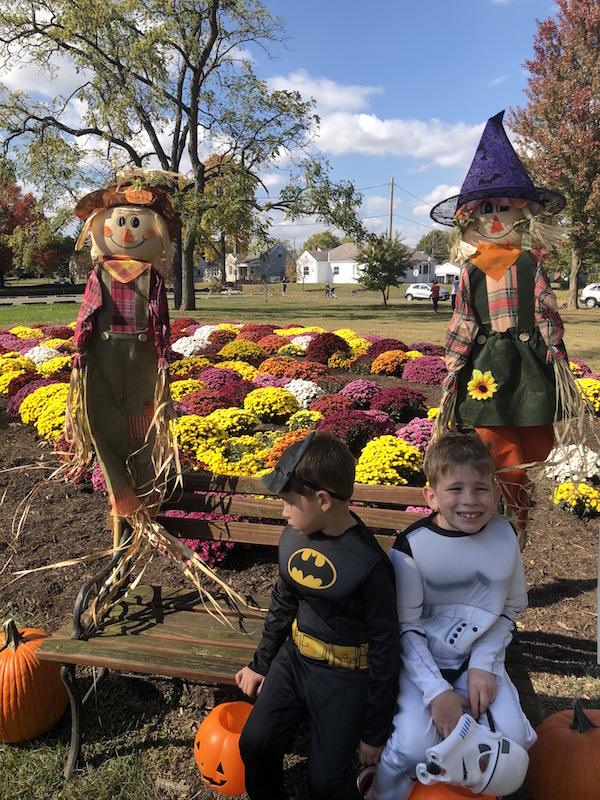 Mums and Mummies is the Halloween celebration sponsored by the Westgate Neighbors Association and Friends of Westgate Park and is held at the shelterhouse at Westgate Park! During this public event there are activities for kids, community resources and the opportunity to “trick-or-treat” from participating neighborhood organizations (like yours truly)! 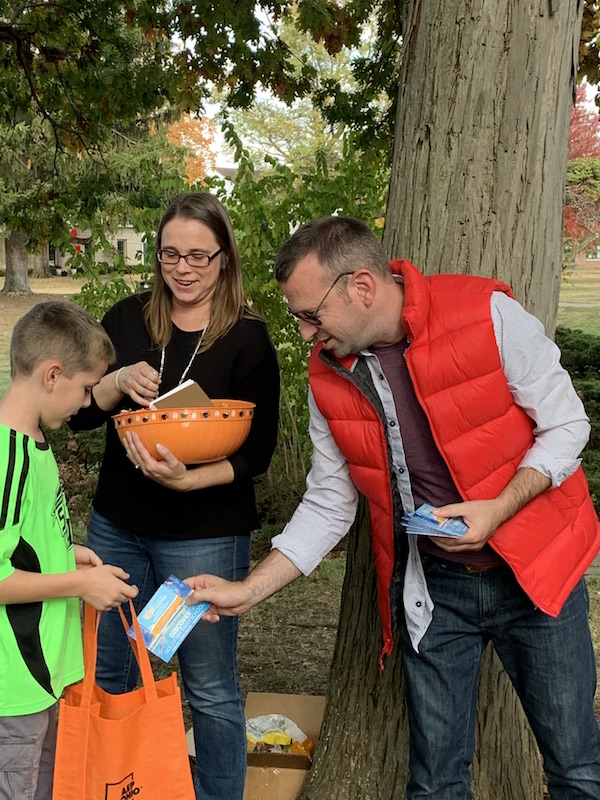 Westgate Park is full of fun for all ages! Pack a picnic and enjoy a day in this beautiful park on the west side of Columbus! While you’re in the area make sure to check out my Unofficial West Side Ice Cream Trail for a nearby ice cream treat! 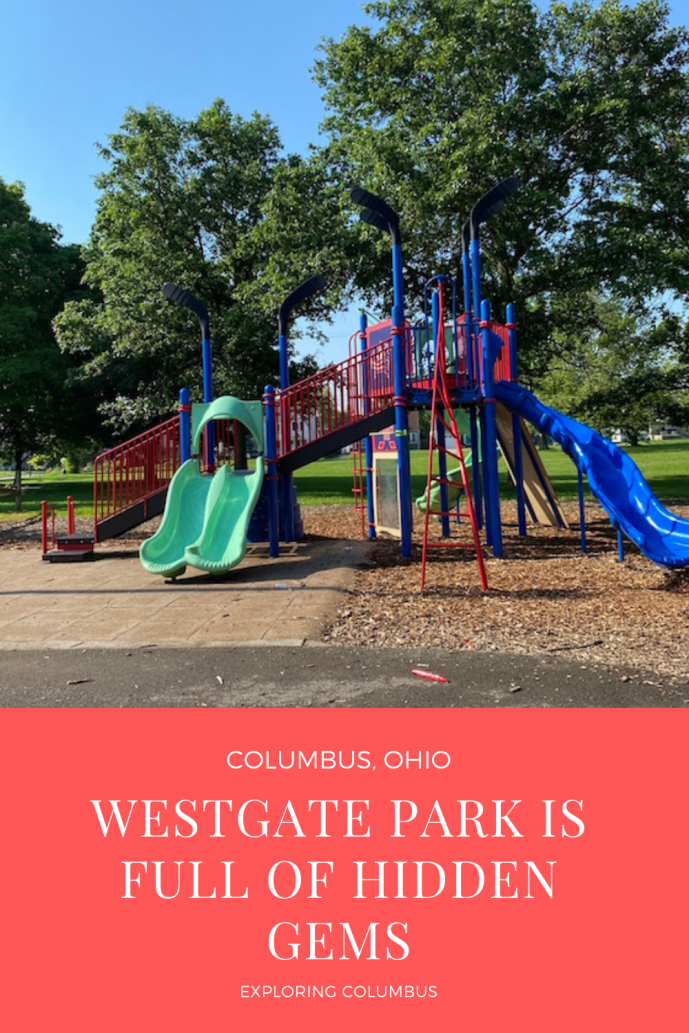 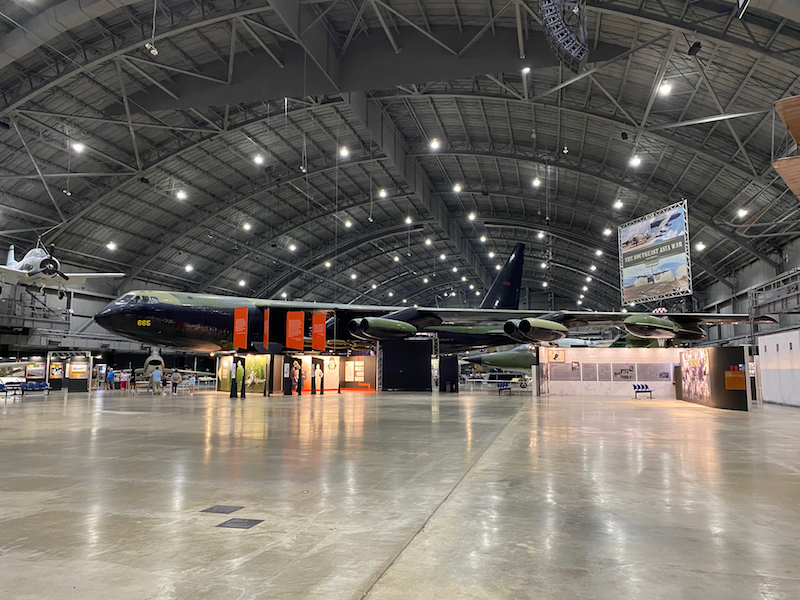 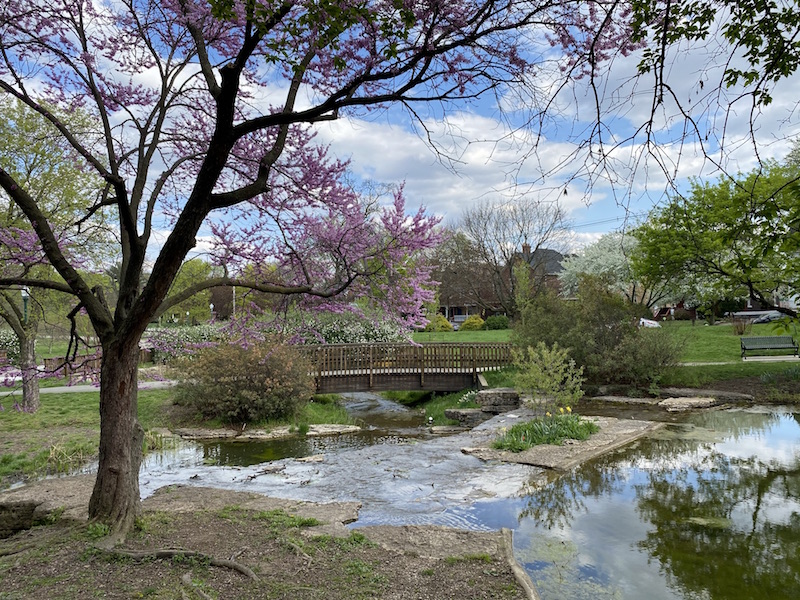 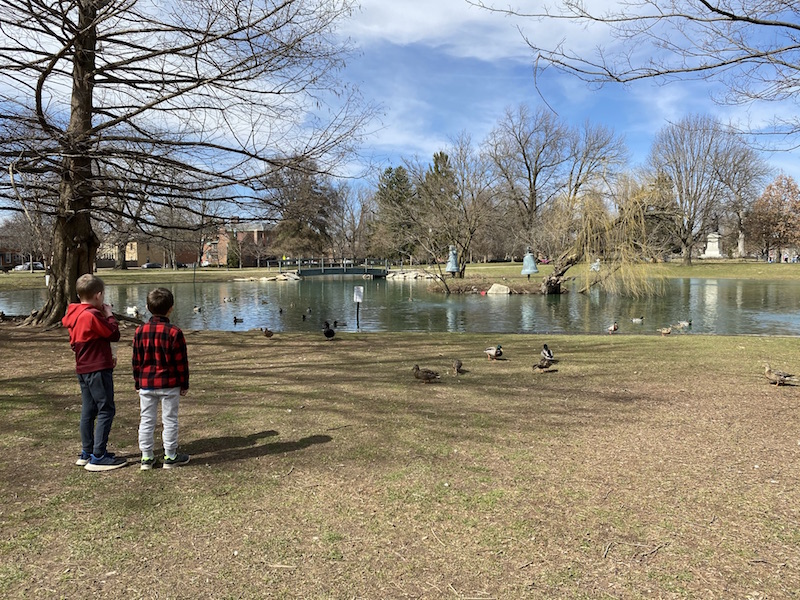 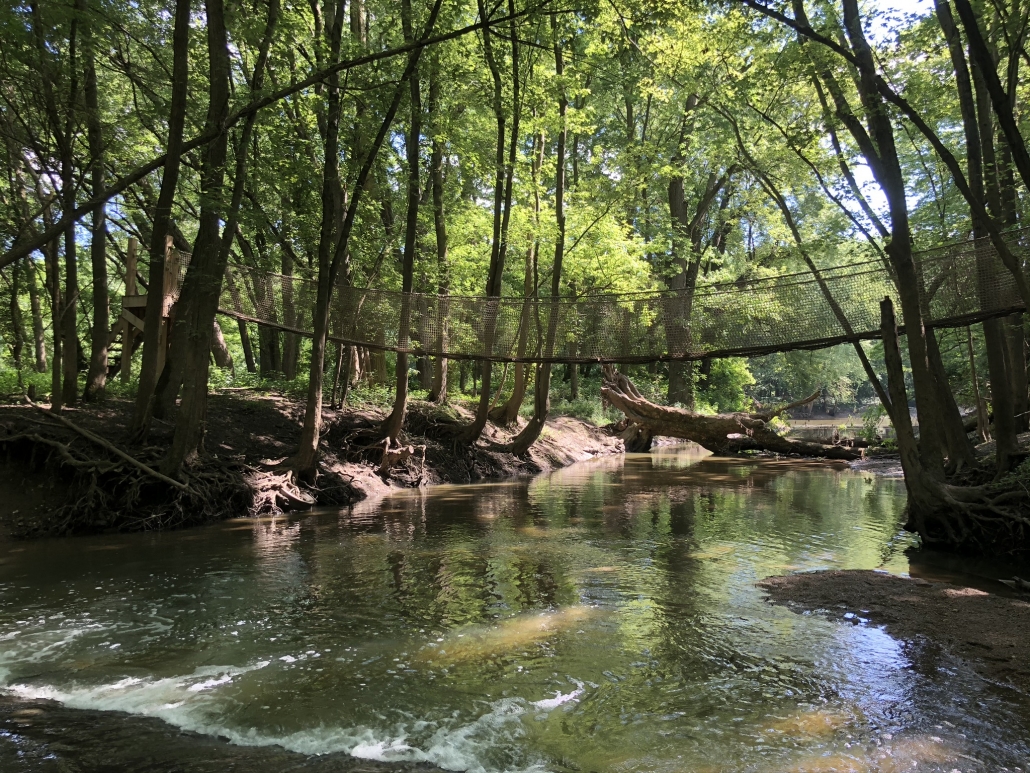